Pry head teachers going to be promoted as ATEO 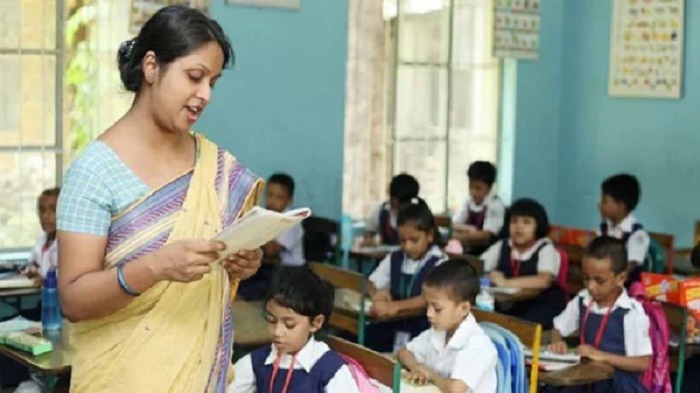 The ministry has already taken a decision in principle to give promotion to the head master to the post of ATEO instead of appointing directly at the post following the demands of the teachers.

The ministry sources said now, the ministry has started working to create the scope for the head masters as ATEO like the previous time, amending the existing recruitment policy.

Primary and Mass Education Ministry’s Senior Secretary Akram Al Hossain told daily sun that “The head masters had been promoted as ATEO till 1994 and it was a good process but I do not know why the process had stopped at that time.”

“We took the decision in principle for promoting the head masters as ATEO and now we are working in this regard,” he added.

As a part of reaction of the ATEO post, the ministry took steps to formulate a combined appointment policy for all kinds of appointment under the Directorate of Primary Education (DPE) amending the existing two policies.

At present, the recruitment of officers and staff for DPE and teachers for the government primary schools are being conducted following the two rules—‘Gazetted Officers and Non-Gazetted employees Recruitment Rules, 1985,’ and Primary School Teacher Recruitment Rule 2013.

Earlier, the head masters of the government primary school used to be promoted as ATEO to Deputy Director (DD) at DPE as per the “Gazetted Officers and Non-Gazetted employees Recruitment Rules, 1985”.

But on December 19, 1994, the then government had cancelled the promotion of head masters as ATEO amending the related rules.

Welcoming the government move, Bangladesh Government Primary School Head Masters Association’s spokesperson SM Sayed Ulla told daily sun that “As a part of achieving SDGs, the government is formulating a combined recruitment policy to complete all appointment under the DPE where they will include head masters’ promotion to ATEO post.”

“But it needs a long time to formulate the combined policy or Organisational Development and Capacity Building (ODCB), so we demand to provide 100 or 80 percent departmental promotion of the head masters at ATEO post amending the recruitment policy-1985 immediately.”

Ministry Officials said the government took the decision as headmasters are often absent from school due to various types of administrative and government works.

In absence of the head master, teachers at the schools do not teach classes properly and the official work is also getting disrupted.

The ministry has already sent a proposal to the Public Administration Ministry to create post of the assistant head master at 65,626 primary schools across the country.

Senior Secretary Akram Al Hossain said, “We sent a proposal for creating post to appoint assistant head master at every primary school and hoped that it will be approved soon.”