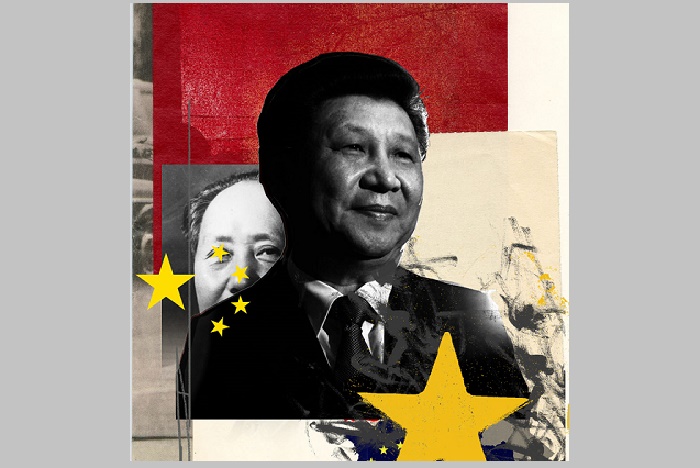 It’s all too easy to blame Donald Trump for the upheaval in current affairs. The U.S. president’s trade wars and hostility toward multilateral institutions are highly visible challenges to the international order that has prevailed since the end of World War II.

Perhaps of greater consequence, but less obvious, are the fundamental changes taking place in China, where President Xi Jinping has similarly veered dramatically from the core principles that governed the country's political, economic and foreign policies for decades, taking it in a startling new direction.

Xi seems to believe such shifts are necessary to turn China into a superpower capable of throwing its weight around the world stage. The implications could shape global affairs for decades to come. Yet in most European capitals, what Xi has wrought remains only faintly recognized — and that’s a danger not merely to the Continent’s economic and security interests, but also to the very ideals it holds dear.

Europeans have to decide what role they wish to play in a world spinning in uncertain directions.

Xi, the son of a senior Communist Party politician, talks very much like his predecessors — with pledges of reforms and an emphasis on “peaceful development.”

But the China he leads is a very different country than that of the 1990s or 2000s when leaders in the U.S. and Europe hoped Beijing could be teased into opening up and integrating smoothly — and ultimately democratically — into the global order created by the West.

Xi has all but halted pro-market liberalization, and in its place, he has ramped up state-led programs designed to protect and nurture Chinese champions that can run Western competitors out of cutting-edge industries.

Nor does Xi promote “going global” for Chinese business and finance in the same way Beijing had in the past. He prefers more insular policies aimed at self-sufficiency or projects he can more easily control, such as his infrastructure-building Belt and Road Initiative, which to a great degree is an extension of China’s state sector.

Within the government, Xi — though certainly not omnipotent — has eliminated or sidelined political competitors and crafted a one-man personality cult unseen since the days of Mao Zedong’s "Little Red Book." By stripping term limits from the Chinese constitution, Xi has awarded himself the right to rule for life.

His regime has even managed to further tarnish China’s already abysmal record on human rights. Xi lords over an increasingly oppressive surveillance state that employs the latest technologies to tighten his grip over every aspect of society — think Orwell meets AI. The rounding up of an estimated 1 million minority Uighurs into what is essentially a gulag system in western China is one of the great abuses of humanity of recent times.

Abroad, Xi is promoting authoritarianism more aggressively, whether through his support of illiberal governments in Iran, Venezuela, Belarus and elsewhere, or his regime’s more strident attempts to pressure journalists, academics and foreign companies to censor criticism of China.

Beijing’s imposition of a security law on Hong Kong, which clearly violates its agreement with the United Kingdom for the former colony’s handover to Chinese authority, shows how Xi is willing to risk international condemnation to stamp out democratic values.

And yet, despite the mounting mountain of evidence that Xi’s new China presents a long-term threat to the West’s political and economic interests, most European leaders are still partying like it’s 1999. In a recent interview with POLITICO, Germany’s economic affairs minister, Peter Altmaier, defended his government’s tepid response to the crackdown in Hong Kong by professing that “I have always been convinced and I still believe that change can be achieved through trade.”

Perhaps Altmaier deserves kudos for his unflinching idealism. But the comment also shows incredible naivety, a shocking ignorance of current affairs, or worst of all, a deep cynicism, that supposedly high-minded Germans can be counted on to put selling more Volkswagens over human liberty.

Morals aside, by clinging to an outdated perception of China, Europe is depriving itself of a critical role in the evolving global order Xi is creating. Europe is becoming a victim of events determined in Beijing and Washington, stuck between the two powers arm-twisting them to choose a side.

As the U.S. escalates its confrontation with China, American policymakers sputter in frustration that their long-standing European allies won’t join them in its freshly dug foxhole, armed and ready to confront the latest totalitarian menace. Yet European leaders have been paralyzed by fear that a vindictive Communist regime could wreak its revenge on their countries’ economic interests in China if they choose the wrong side.

That’s exactly the wrong approach. By all rights, Europe possesses the clout to influence where this new world is headed. Taken together, the 27 members of the European Union rival the U.S. in importance to the Chinese economy. Yet Europe squanders this leverage by failing to speak with one voice — allowing Beijing to divide the Continent on contentious issues such as telecoms giant Huawei and Belt and Road.

The task facing Europe now is to find that voice. Europeans have to decide what role they wish to play in a world spinning in uncertain directions. Perhaps that will entail girding itself for a 21st-century fight for freedom. (Some Europeans seem prepared to take a stand. Look at how the small Czech Republic is pushing back against Beijing’s threats over a delegation sent to Taiwan.) Or maybe Europe can find a middle path between the U.S. and China, to play the power broker, or even to become a bridge.

But leaving such questions unanswered makes Europe vulnerable to being cast off in a new global order dictated by others. Living in the past won’t save Europe from the future.