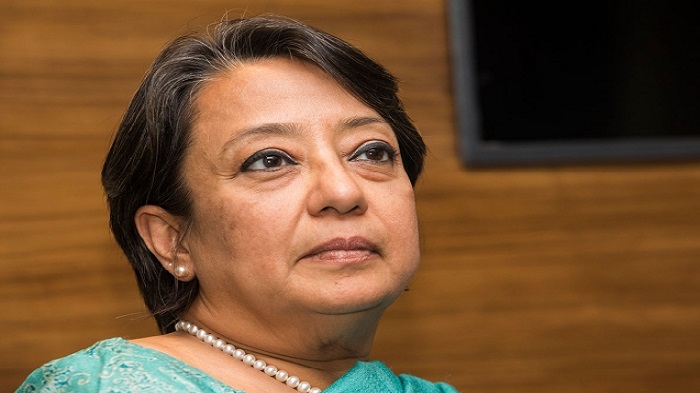 Prior to the meeting, Kamal paid homage to his relative martyred freedom fighter Mahfuzur Rahman Khan, Bir Pratik, by placing a floral wreath at his grave.

Talking to BSS, Public Relations Officer of the home ministry Sharif Mahmood Apu said the minister and the envoy visited the Gandhi Ashram at Madhurchar in Dohar to oversee its activities.

While visiting the Ashram, Kamal said, “India is our tested friend. India has supported us in our great war of liberation. The friendship between the two countries is intact and it is becoming stronger day by day.”

Apu said that the minister, the secretary and the Indian High Commissioner planted saplings in the courtyard of the Ashram after visiting it. The home minister also presented a crest to Riva Ganguly Das to make the visit remarkable.