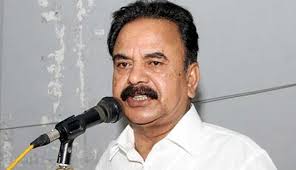 BNP senior leader Gayeshwar Chandra Roy on Wednesday alleged that the country’s health sector itself has got ‘infected with coronavirus’ due to failures of the government.

Speaking at a discussion, the BNP leader also said both the government and the health sector now remain in ventilation, putting the physicians in a serious problem.

Jatiyatabadi Matsyajibi Dal arranged the programme on the country’s fisheries sector at the Jatiya Press Club.

Gayeshwar, a BNP standing committee member, said the way the government has dealt with the corona situation that has widened the lack of confidence in the country’s health sector.

He feared that several thousand people may go to India every day once the visa process and Dhaka-Kolkata bus service resume as people have mistrust in the country’s health system, leaving the hospitals and chambers of doctors here empty.

The BNP leader said the country is passing through a dangerous crisis for lack of democracy and a representative government.

“There’s no alternative to a movement to overcome this crisis. The current government is still in power through ventilation support as we don’t have any intention to take to the streets. We should now take the responsibility to ensure its fall by removing the ventilation.”

He called upon party leaders and activists to get united and organised instead of thinking to get party posts and positions to launch a strong movement with effective programmes.

Stating that the country’s natural fish resources are declining gradually due to a rise in population, Gayeshwar said it is now necessary to make people aware of food habits and encourage them to set up fish farms.

He also urged the government to give fish farmers various facilities and incentives, including soft loan, for boosting the fish production in the country.