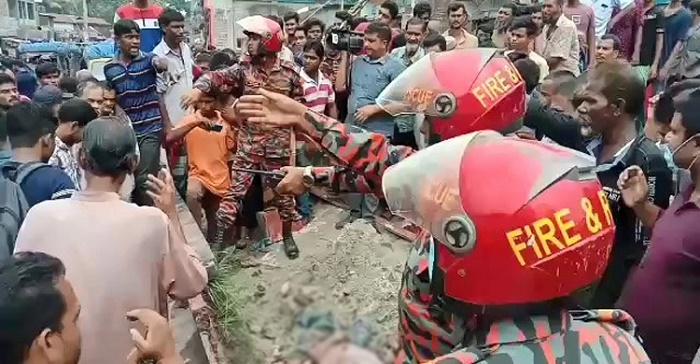 An under-construction wall collapse has killed two people and one other injured in front of registry office on DB Road of Gaibandha on Wednesday noon.

The deceased were identified as Azad Mia, 37, son of Abdul Majid, hailing from Khamar Boali village of Sadar upazila and pedestrian Abdul Wahed, 50, from Thakurgaon.

The injured is identified as Kashem Mia.

According to locals, suddenly the wall collapsed on them while they were walking pass the area, leaving Azad dead on the spot and two others injured. Later, locals sought help calling to 999.