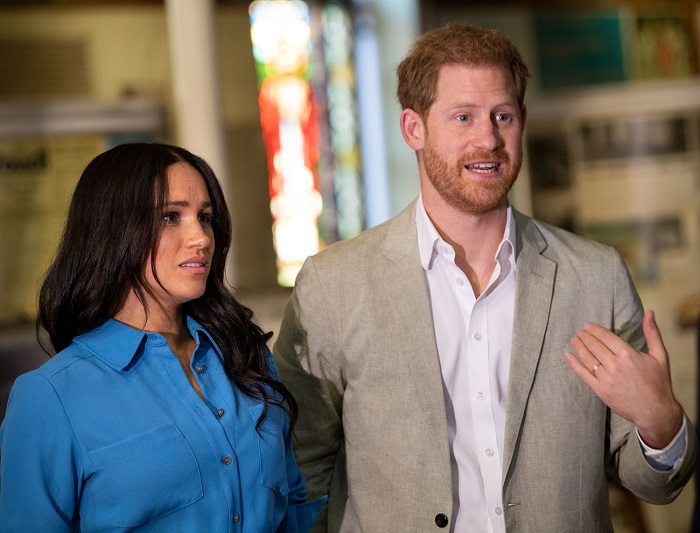 Prince Harry has urged Americans to 'vote against hate speech' in his first comments on the US election.

The Duke and Duchess of Sussex jointly spoke out about the upcoming election for the first time since their move to America.

Harry spoke of the need for the good to "outweigh" the bad and spoke about the dangers of 'online negativity'.

He said: "As we approach this November, it's vital that we reject hate speech, misinformation and online negativity.

When the bad outweighs the good, for many, whether we realize it or not, it erodes our ability to have compassion and our ability to put ourself in someone else's shoes.

"Because when one person buys into negativity online the effects are felt exponentially. It's time to not only, but to act."
In the video broadcast as part of Time 100 magazine's annual list of the top 100 most influential people, Harry also explained how he would not be able to vote and had never voted in the UK as a member of the royal family.

While it is not against the law for members of the Royal Family to vote, their involvement in politics would always be seen as an unacceptable breach of protocol.

The royals political neutrality is seen as they key to maintaining a balanced state in which an elected government makes political decisions.

Meghan Markle also commented on the election - saying it was the 'most important one of our lifetime'.

She added: "Every four years we are told the same thing, that this is the most important election of our lifetime. But this one is.
"When we vote, our values are put into action and our voices are heard. Your voice is a reminder that you matter, because you do and you deserve to be heard."

Since announcing plans to step down as senior royals in January and leaving the UK, Markle and Harry have quietly expanded their involvement in politics.

Feminist activist Gloria Steinem revealed that Markle had joined her in cold-calling Americans and urging them to vote.

She told Access Hollywood: "She came home to vote. The first thing we did, and why she came to see me, was we sat at the dining room table where I am right now and we cold-called voters.

"Said 'hello I'm Meg' and 'hello I'm Gloria' and 'are you going to vote?' That was her initiative."
Meghan was said to have been frustrated at her inability to get involved in politics while part of the royal family.

Recently she has taken part in multiple interviews and summits and has previously commented on why the election is personally important to her,

On Joe Biden's running mate, Kamala Harris, Meghan said it was meaningful to her because she is biracial.
Meghan said: "You know, for me, being biracial, growing up, whether it was a doll or a person in office, you need to see someone who looks like you in some capacity.

"As many of us believe, you can only be what you can see. And in the absence of that, how can you aspire to something greater than what you see in your own world?

"I think maybe now we're starting to break-through in a different way."