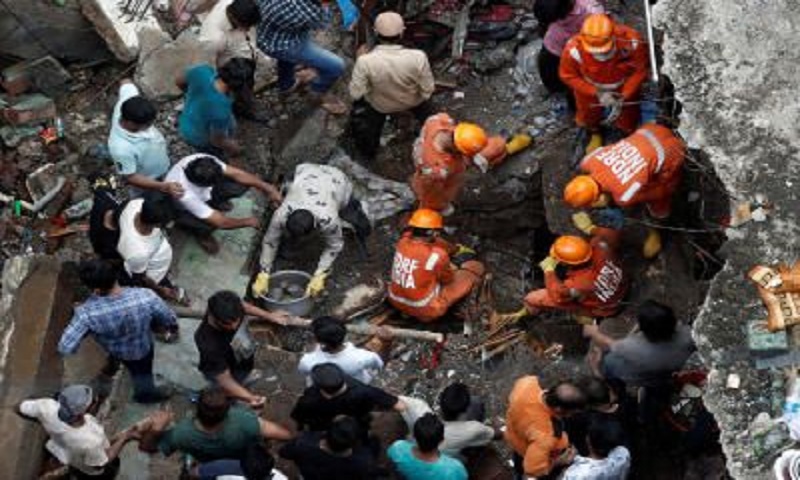 The death toll from an apartment block collapse in western India jumped to 35 Wednesday, officials said, as hopes of finding anyone else alive dimmed, AFP reported.

Emergency workers from the National Disaster Response Force (NDRF) have so far pulled 20 survivors from the rubble of the three-storey building in Bhiwandi, near Mumbai.

An NDRF spokesman and local authorities told reporters that recovery teams, aided by sniffer dogs, retrieved 35 bodies buried under brick and concrete after the block came crashing down before dawn on Monday.