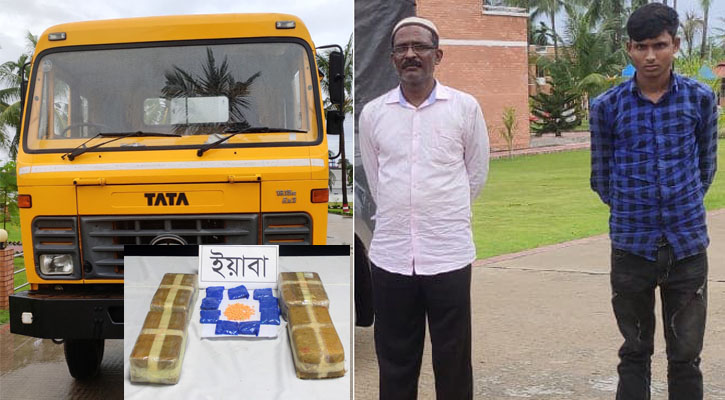 Rapid Action Battalion (RAB) arrested two drug peddlers with 38,640 Yaba pills from their possession in a drive at Shikalbaha under Karnaphuli Police Station of Chattogram on Wednesday.

The arrestees are identified as Md Habibur Rahman, 63, son of Akram Ali, hailing from Baligoan area under Louhajang Police Staion of Munshiganj and Arif Ullah, 19, son of Abdur Rahim, from Karliamura area under Ramu Police Station of Cox’s Bazar.

Tipped off, a team of police conducted the drive in the area and arrested them along with 38,640 Yaba pills while the arrestees were going to Mushiganj from Cox’s Bazar with the Yaba pills, he said.

The RAB members also seized a truck which was using to carry the drugs, he added.

The arrestees were handed over to Karnaphuli Police Station, Mahmudul Hasan said.