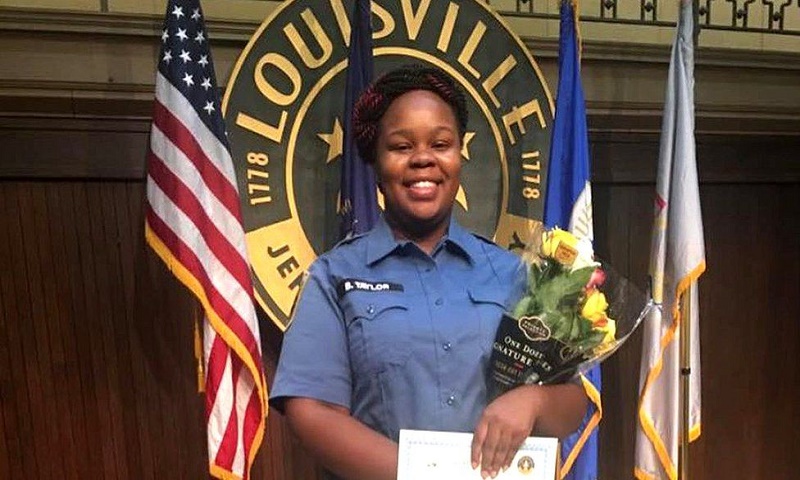 Louisville, Kentucky, is under a state of emergency as prosecutors are expected to announce if police officers who killed a black woman in her home during a drug raid will be charged.

Mayor Greg Fischer said he had declared the measure "due to the potential for civil unrest".

Her name has become a rallying cry for anti-police brutality protesters.

Kentucky Attorney General Daniel Cameron is expected to announce any day whether his office will bring charges.

Mayor Fischer's emergency declaration on Tuesday noted that protests have been held for over 100 consecutive days in Louisville.

What happened to Ms Taylor?

Shortly after midnight on Friday 13 March, she was in bed with her boyfriend, Kenneth Walker, watching a film when they heard a banging on the door.

Plainclothes Louisville police officers were carrying out a narcotics raid, and they used a battering ram to enter the property.

A judge had granted a warrant to search Ms Taylor's home because investigators suspected a convicted drug dealer - her ex-boyfriend, Jamarcus Glover - was using the address to receive packages. She had no criminal record.