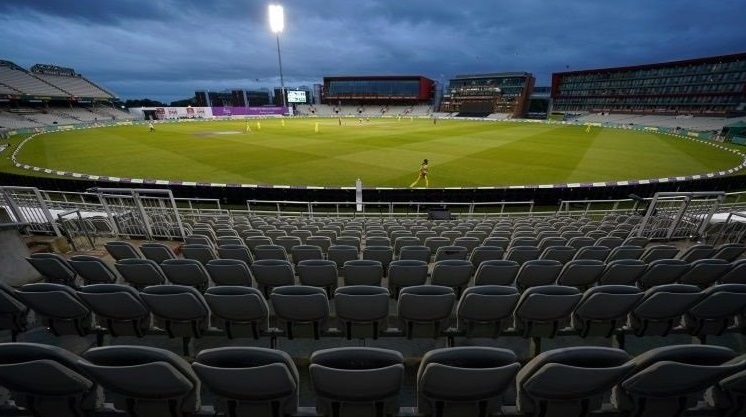 Sports clubs and associations in England are bracing themselves for six more months without paying spectators after plans for a fans' return in October were scrapped on Tuesday.

Prime Minister Boris Johnson told the House of Commons the government could not go ahead with the planned reopening of venues on a socially distanced basis from October 1 due to a sharp rise in coronavirus infections.

He suggested the measures would remain in place for "perhaps six months", making it almost certain the sports sector will need some financial support from the government to prevent an unprecedented loss of professional and grassroots clubs from the landscape.

It is a devastating blow to sporting organisations, many of whom rely heavily on match-day revenue for survival, and there have already been calls from governing bodies for emergency funding.

Sports governing bodies held an emergency meeting with the Secretary of State for Digital, Culture, Media and Sport Oliver Dowden to discuss the impact of the decision.

Professional sport, including the Premier League and Test cricket, has largely been played behind closed doors since it returned following the coronavirus shutdown earlier this year.

The English Football League has estimated its clubs will lose a collective £200 million ($255 million) without fans in stadiums for the whole of the 2020/21 season.

The Premier League warned of the "devastating impact" the continued absence of supporters was having on its clubs and communities.

"Last season, Premier League clubs suffered £700 million in losses and at present, our national game is losing more than £100 million per month," it said in a statement.

"This is starting to have a devastating impact on clubs and their communities."

The Rugby Football Union has called for government aid, estimating a loss of more than £100 million from a lack of crowds at Twickenham for autumn internationals and Six Nations games alone.

"From the outset we have been clear that an autumn without crowds would leave us with little choice but to approach the government for financial help," said chief executive Bill Sweeney.

"Unfortunately, we are now in that position. Without support we are in danger of clubs at the heart of communities across England, as well as players and volunteers, disappearing forever."

The Jockey Club also called for direct government support, saying the lack of paying spectators threatened the survival of sports organisations and the livelihoods they supported.

English cricket recently revealed it had lost £100 million as a result of the pandemic and that could double with further disruption next year.

"The impact of having to stage cricket behind closed doors again next year would be severe," said a statement from the England and Wales Cricket Board.

Culture Secretary Oliver Dowden said the government would "work together" with sports representatives on limiting the damage caused by the virus.

"I've just held a meeting with major spectator sports to discuss today's decision to help contain the virus through winter," he tweeted.

"We agreed to work together to help them through this difficult period."

Dowden also confirmed that pilot events scheduled for the remainder of September had been cancelled. Each event had been capped at a maximum capacity of 1,000, regardless of venue size.