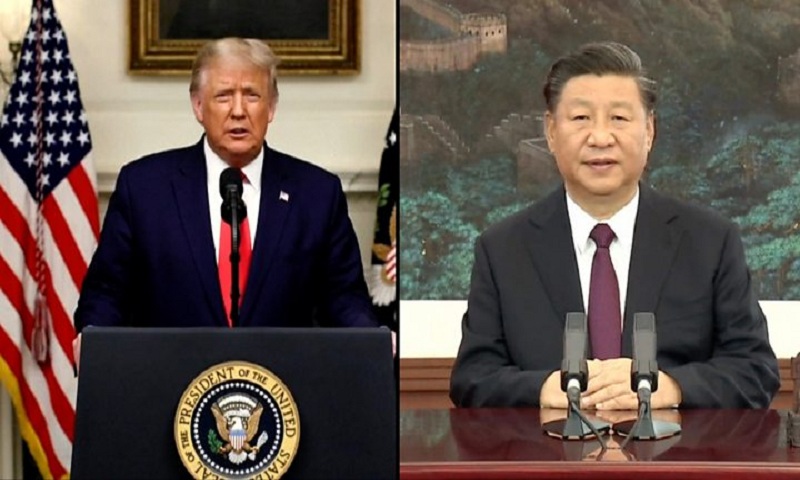 Tensions between the US and China came to the fore of the annual UN General Assembly in New York, with US President Donald Trump blaming China for the spread of coronavirus.

He called for China to be held "accountable" for the pandemic.

In his speech, Chinese President Xi Jinping said his country had "no intention to enter a Cold War with any country".

Ties between the two world powers are strained on a number of fronts.

The new format meant some of the geopolitical theatre normally on offer at the key UN meeting was absent. Each country was represented by a single delegate and there was little opportunity for one nation to rebut another.

Tensions are high between the US and China on a number of other issues, including trade, technology, Hong Kong and China's treatment of Muslim minorities in Xinjiang province.