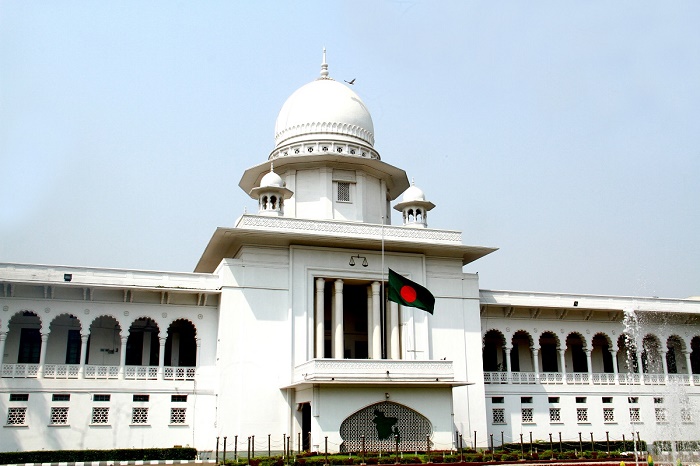 The Supreme Court has acquitted death-row convict Md Humayun Kabir of a child killing charge for not having adequate evidence.

A four-member bench of the Appellate Division of the Supreme Court headed by Chief Justice Syed Mahmud Hossain passed the verdict on Tuesday.

Humayun, a truck driver from Sakera village under Ward No-3 of Laksam Pourasava in Cumilla, was arrested on July 4, 2004 in connection with the case when he was 27-years-old.

He has already languished in jail for 16 years.

On July 2, 2004, the police filed a case under Section 7 of the Women and Children Repression Prevention Act for abducting and killing Juthi. Humayun was arrested two days later. On the same day, police recovered Juthi’s body.

The Speedy Trial Tribunal of Chattogram on April 5, 2006 convicted Humayun and sentenced him to death.

Disposing off death reference and appeal of Humayun, the HC on February 22, 2012 confirmed the trial court verdict.

Then Humayun filed an appeal with the Appellate Division challenging the HC verdict. In the appeal, he prayed to the apex court to acquit him, claiming his innocence.

The apex court has acquitted the convict on the plea that allegation is not proved beyond reasonable doubt and statements made by complainant, convict and father of the victim do not corroborate each other.

Earlier, the convict told the trial court that he is relative of the child but victim’s father said he does know him.

UNO recovered the body but he did not testify in the case. The child’s mother was not made witness. In such a circumstance, the apex court acquitted Humayun of the killing charge.