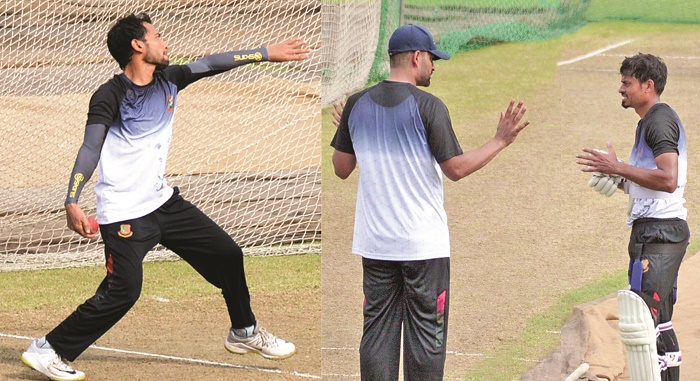 Tamim was seen talking with physiotherapist Julian Calefato at length showing him of his discomfort at the Sher-e-Bangla National Stadium on Tuesday.

While the batsmen were seen bowling to the batsmen, Tamim did not take part in it and instead opted to play the role of the umpire and at times sharing his experience with the tail-enders.

Bangladesh chief selector Minhajul Abedin Nannu confirmed The Daily Sun on Tuesday that he is aware of it (niggle) but insisted he feels it is too early to press the panic button.

“He (Tamim) got a slight strain and probably it is due to the heat,” said Minhajul.

“We cannot comment any further because we have to wait for 24 hours to assess his condition and if we found that it is serious we will take next course of action,” he said.

“At the moment it does seem to be anything severe,” he said.

Bangladesh’s tour of Sri Lanka, which was scheduled for July-August, was postponed because of the COVID-19 pandemic. Bangladesh, as per the current plans were expected to travel to Sri Lanka on September 27 but that likely to be delayed for a few days if the tour eventually materialises for the three-Test series that is scheduled to start from October 23.