Case against Nur to be dealt legally, says home minister 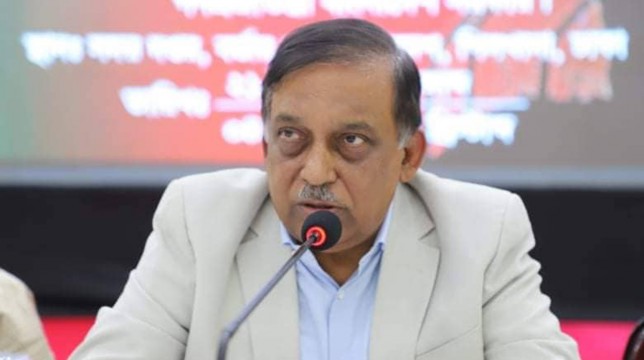 Home Minister Asaduzzaman Khan Kamal has said former DUCSU vice-president Nurul Haque Nur is booked in a rape case and law will take its own course.

Nur was arrested following a rape case filed by a student of Dhaka University. Six others named in the case are also behind the bar.

Amid a mixed reaction in the society, the home minister told reporters that nobody is above law and allegation against former Dhaka University Central Students' Union (DUCSU) vice-president will be addressed legally.

Kamal made the statement replying to a query made by journalists after attending a programme at Mirpur Police Staff College in the capital on Tuesday.

“Police are investigating into the case filed against Nur with due importance. We are being updated. Fate of Nur depends on outcome of the investigation.”

It may be mentioned that the same girl filed another case against Nur within two days.