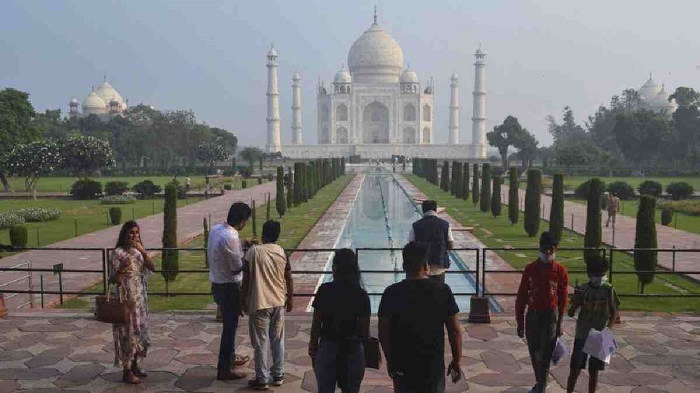 India on Tuesday confirmed over 75,000 new coronavirus cases and more than 1,000 deaths in the past 24 hours.

India's death toll from the virus now stands close to 89,000.

With more than 5.5 million cases, India is behind only the United States in total number of confirmed infections, reports AP.

So far, nearly 76 percent of the new virus cases are concentrated in 10 states, with Maharashtra in central India accounting for almost a quarter of new infections on Monday.

Daily new infections in India have been hovering around 90,000 for the past few days, but experts point out that testing still varies from state to state. And new surges have been detected in states that had so far been left relatively unscathed by the virus.

Chhattisgarh, where nearly half the population is poor, has seen the sharpest increase in new infections. The caseload in the state, where the health system is very fragile, has increased from around 33,000 in beginning of the month to over 86,000 now.

The state government announced a weeklong lockdown of 10 districts on Monday.