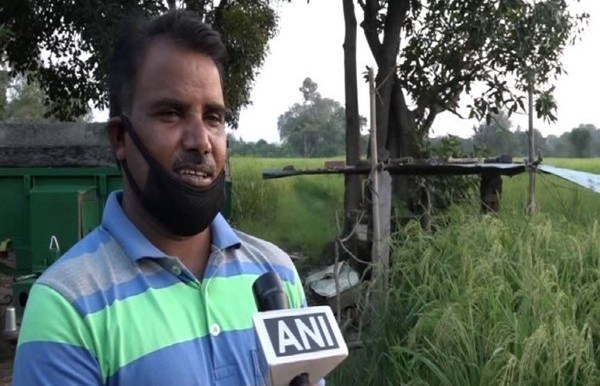 The farmers of Kathua in Jammu and Kashmir warmly welcomed the two agriculture sector reform Bills that were passed in the Rajya Sabha on Sunday and said that it will end the monopoly of middleman thus doubling the income of farmers as promised by the government. Speaking to ANI, Vidya Sagar Sharma, a farmer from Kathua said that with the passage of agriculture-related bills, the promise of doubling the income of farmers by the central government will be fulfilled before time.

"The promise made by Prime Minister Narendra Modi of doubling the income of farmers by 2021 will be fulfilled before time with the passage of these bills. Now farmers have the right to sell their crops to the highest bidders and our income will increase. The system of middleman will also end with this move," he said. Another farmer of the area Chater Singh also echoed Sharma's views and welcomed the bills.

"After 70 years, farmers have attained their freedom. We used to think that the government only passes bills that are in favour of industrialists and middlemen. But, Prime Minister Modi, for the first time have thought about the farmers. Now we can sell our crops with the freedom to anyone on our terms," he said. Addressing the farmer's agitation against the bills, Singh said that most farmers haven't read the bills and have misconceptions about it.

"Farmers haven't read the bills. Prime Minister has made it clear that the minimum support price for the crops and procurement of crops will be continued by the government. Now we have the option to sell the produce to who so ever we want. I want to ask the agitating farmers to watch the news and read about the bills," he added. Pawan Kumar, another farmer from Kathua said that in his life for the first time he heard that he have a choice to chose whom to sell his crop.

"We have heard this for the first time that we have the choice to sell the crop to wherever we want. This will bring a big change in our lives as now we can demand the price we want. The 'Viyapar mandala' will collapse, and the monopoly of middleman will end. Now farmers will rule their lives,' said Kumar.