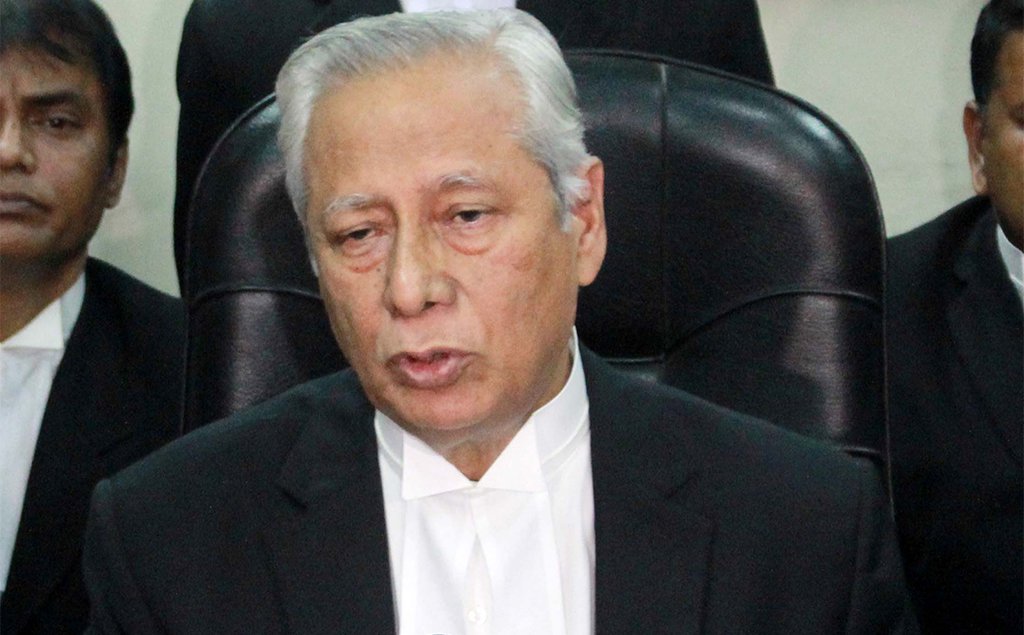 Attorney General Mahbubey Alam is in critical condition as his lungs have not been working properly since Monday morning.

Alam, who recovered from Covid-19 few days ago, is currently undergoing treatment at Combined Military Hospital (CMH) in the capital.

Law Minister Anisul Huq on Monday told the media that the attorney general's lungs were not working properly. Water has accumulated in his lung.

Earlier on September 20, Binta Mahbub, wife of the attorney general, informed media that he tested negative for the virus in recent test.

Alam was admitted to the hospital with high temperature on September 4 and later tested positive for COVID-19.

Later on September 18, he was moved to the intensive care unit after his condition deteriorated during treatment.

A former president of the Supreme Court Bar Association, Alam joined the legal profession in 1975.