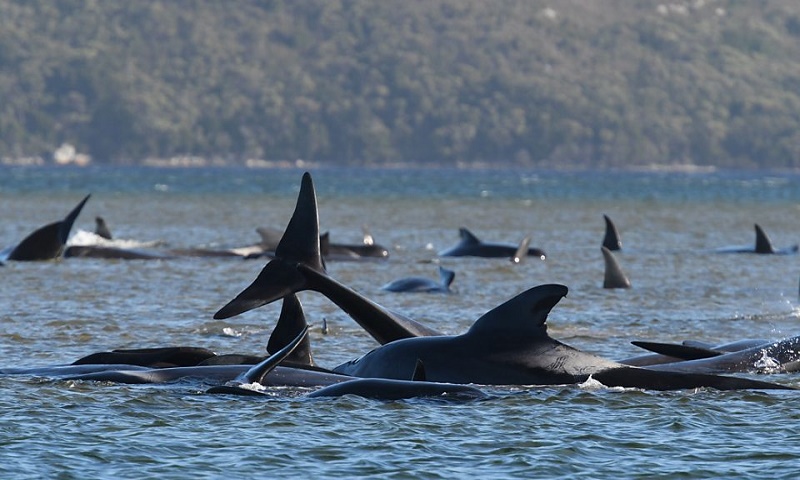 At least a third of 270 whales stranded off the coast of Australia's Tasmania have died and more are feared to be dying, rescuers say.

The mass stranding on the west coast of the island was discovered on Monday.

Marine biologists are scrambling to save the remaining pilot whales in a tricky operation likely to take days.

It's unknown what drew the whales to the shore. Whale beachings are common in the region, but one of this size has not been seen in over a decade, BBC reported.

Tasmania last recorded a mass stranding in 2009 involving around 200 whales.

Where are the whales?

Rescuers from the Tasmanian Maritime Conservation Program arrived late on Monday and found three groups of whales across Macquarie Heads - a remote tip of the island with limited vessel and road access.

About 200 of the mammals had washed up on a sandbar near a boat ramp, while 30 others were found several hundred metres away. Another 30 were found further inland along Ocean Beach.