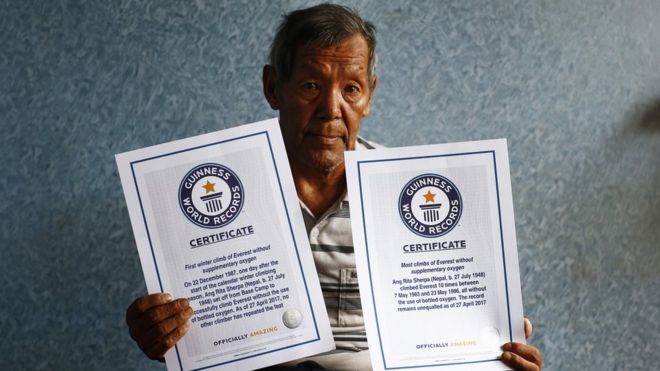 A prominent Nepalese mountaineer, who became the first person in the world to climb Mount Everest 10 times without bottled oxygen, has died aged 72.

Ang Rita Sherpa, popularly known as the Snow Leopard, first reached the summit of the world's tallest mountain in 1983.

His family said he died in the capital Kathmandu on Monday. He had brain and liver ailments, BBC reported.

His death was described as a major loss to Nepal and its climbing community.

In 2017, the Guinness World Records recognised Ang Rita as the only person in the world to have climbed Mount Everest 10 times without bottled oxygen, between 1983 and 1996. The record still stands.

His skill at climbing earned him the nickname Snow Leopard.