Italy votes to slash size of parliament by a third 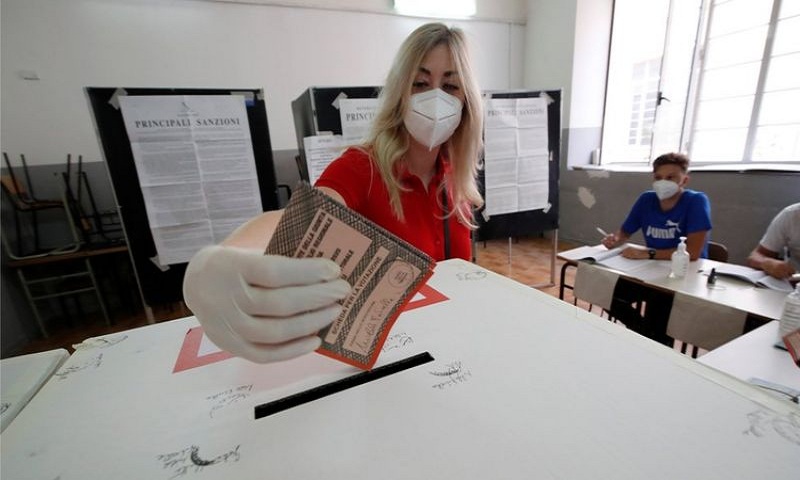 Italy has voted to cut the size of the country's parliament by more than a third, exit polls suggest.

More than 67% of people voted in favour of the change, according to a projection from state broadcaster RAI.

The number of MPs in the lower house will be reduced from 634 to 400. The senate will also be downsized, BBC reported.

The referendum was pushed by the Five Star Movement, part of the governing coalition, which argued that the move would reduce costs.

The move, which cuts the total number of MPs and senators from 945 to 600, had already been pushed through parliament.

But it needed to be backed by a referendum because it amends the constitution. The changes will have to be made before the 2023 election.