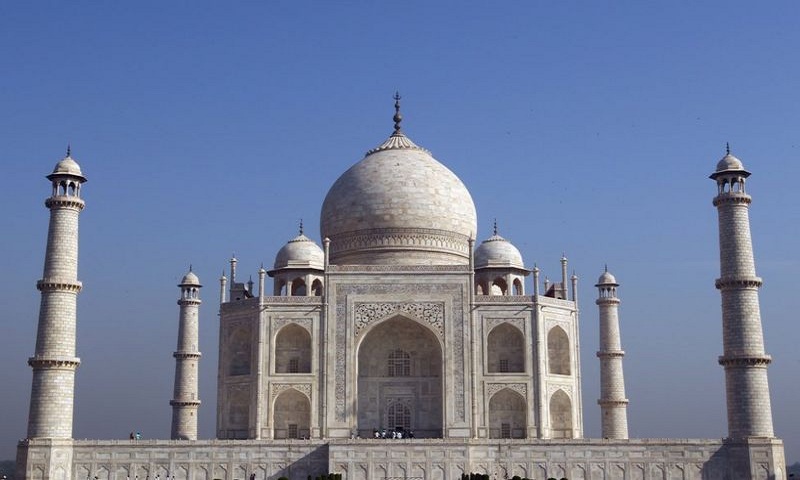 Few people turned up to see the iconic Taj Mahal when it reopened its doors after six months - the longest it has ever been shut.

The entrance, which usually has long queues, was largely empty on Monday as officials waited for visitors.

New safety measures include a ban on group photos, temperature checks at the entrance and digital tickets.

The 17th-Century marble mausoleum was built by Mughal emperor Shah Jahan in memory of his queen, Mumtaz Mahal.

It has long been one of the leading tourist attractions, and drew as many as 70,000 people every day before the pandemic.

It was last shut briefly in 1978 when Agra city, where it is located, flooded. And before that, the monument closed for a few days in 1971, during a war between India and Pakistan.

US President Donald Trump and his wife Melania visited the Taj in February. Other world leaders who have visited the monument include Canadian Prime Minister Justin Trudeau and Russian President Vladimir Putin.