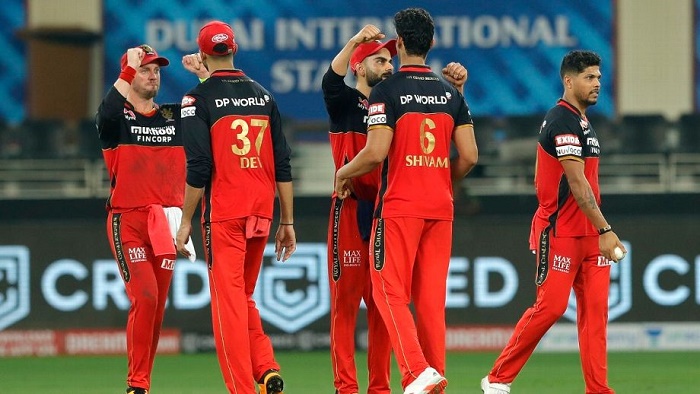 Padikkal got RCB off to a quick start and scored his maiden half-century on his IPL debut.

However, SRH looked set to win during their chase, but the crucial wickets of Manish Pandey and Jonny Bairstow, both thanks to Yuzvendra Chahal, turned the tide in RCB's favour.

Chahal was the star bowler for RCB, notching some three crucial wickets. Navdeep Saini and Shivam Dube chipped in with two wickets as well, as the Virat Kohli-led team got off to a winning start.

Sunrisers Hyderabad's inexperienced middle order hurt them big time as they collapsed spectacularly from 121 for 2 in a chase of just 164, giving Royal Challengers Bangalore a winning start to their campaign.

The knowledge of such a flaky batting order will leave a big question mark against the dismissal of Jonny Bairstow, trying to hit a six in the last over of Yuzvendra Chahal, the only bowler he hadn't got on top off. They needed just 43 off 29 at that point.

ESPNcricinfo's Forecaster gave them a 76% chance of winning; any other team would have been 82% favourites but this adjustment by the tool told us what followed was not reliable.

A panic-stricken collapse followed: it involved a ramp into the helmet onto the stumps, a mid-pitch collision between the two batsmen, a Navdeep Saini coup de grace and 8 for 32 in 27 balls.

Royal Challengers needed all that after they had wasted a quick start themselves to end up with what a below-par total against a stronger batting unit.