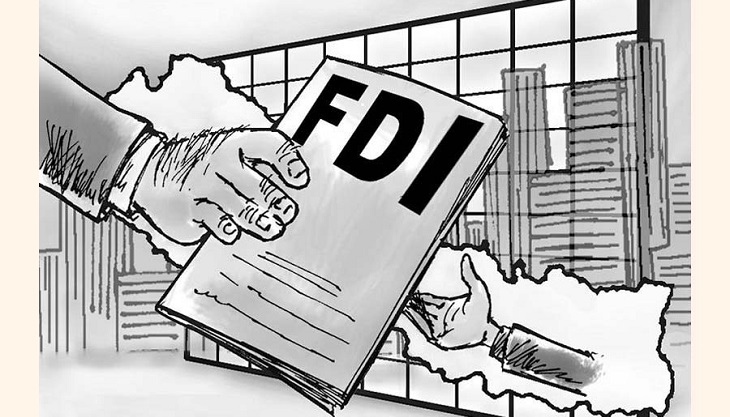 Prime Minister Sheikh Hasina has directed the authorities concerned to address six major challenges for investment and trade facilitation to boost industrialisation and transform the country into an attractive investment hub.

The prime minister came up with the directive at the second governing board meeting of Bangladesh Investment Development Authority (BIDA), according to the minutes of the meeting held last month.

She also said the government will address the challenges in phases.

The PM’s directives came based on a proposal submitted by BIDA Executive Chairman Md Sirazul Islam, highlighting the barriers to trade and investments.

The proposal was prepared based on a series of discussions with trade bodies.

The BIDA Executive Chairman also presented a recent report from the United Nations Conference on Trade and Development (UNCTAD), suggesting that Bangladesh’s foreign direct investment (FDI) would drop by at least 40 per cent to 50 per cent in 2021 amid the global economic instability created by the coronavirus pandemic.

The report also projected that most of the countries will push new competition to fetch the downsized FDI prospect in coming days.

“The Prime Minister’s Office (PMO) is working on a new stimulus package to support initiatives for boosting FDI. This stimulus deal is likely to be announced soon,” Sirazul Islam told the Daily Sun.

“Full-fledged one-stop service delivery has been a pledge of Digital Bangladesh vision,” he quoted the businessmen as saying at the meeting.

Businessmen also concerned over a sudden shift in the government’s fiscal policy that hugely affects the investment prospects for the private sector and investors.

The Daily Sun published a series of news articles on trade challenges, including the one titled ‘Policy shift threatens investment in economic zones.’

During the meeting, BIDA sought policy support from related ministries and divisions to make Bangladesh an attractive business hub.

Addressing the meeting, Commerce Minister Tipu Munshi said the corporate tax in India, Vietnam, Indonesia and some other countries are lower than Bangladesh.

“This is one of the barriers to attracting more FDI.”

He said Bangladesh Bank (BB) and National Board of Revenue (NBR) can take necessary steps in this regard.

Over two dozens local business conglomerates who invested in the Government Economic Zones (GEZs) have already expressed concerns over the newly imposed VAT on lease rent, limiting access to bank loans and uncertainty over the continuation of privileges offered to the investors at the time of investing.

In a letter to the Prime Minister’s Office (PMO), the business conglomerates appealed for the PMO’s intervention to address the challenges and obstacles faced by the investors.

The letter drew attention to the new government policies affecting investment flow into the economic zones and jeopardizing the potential for creating millions of jobs in the country.

The Bangladesh Economic Zones Authority (BEZA), the agency implementing the government’s plan to establish 100 economic zones across the country, has already received investment proposals of around $20 billion from local and international investors.

However, local investors said they have lost their confidence after receiving letters from BEZA on a settled VAT issue, which will unexpectedly increase their investment cost in the EZ projects.

Besides, the commercial wings of Bangladesh foreign missions will be strengthened to pull in more FDI, the BIDA board meeting also decided.

The premier also instructed the BIDA for arranging coordination meetings with respective ministries and divisions to look at the trade challenges.

The premier also said some industrialists have not set up industrial units after receiving the allotment of plots.

“The plots will come under fresh investment,” the prime minister said.

The premier also instructed the BIDA and the ministry of industries for not allowing industries units in scattered areas.

During the meeting, State Minister For Power and Energy Nasrul Hamid sought the PM’s approval for setting up more power plants in unused land of the jute mills. He said the power ministry has been facing difficulties in providing new electricity and gas connections as many industrial units are located in scattered areas.

In response, the prime minister suggested to carry out massive publicity about the opportunities for setting up industrial units in special economic zones.

Selima Ahmad MP, who also attended the meeting, said agricultural lands have shrunk significantly due to setting up of industrial units in a scattered way.

Sharing the same view, Agriculture Minister Dr Abdur Razzaque requested the ministries of industries to prevent the establishment of industries in scattered areas and on agricultural lands.

The premier also asked industries minister to draft a policy so that agricultural lands can be saved from unplanned industrialisation.