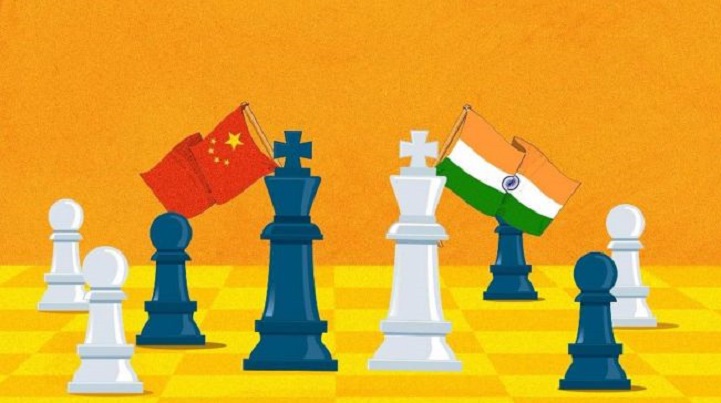 Amid China's growing assertiveness in the Indian-Pacific region, foreign ministers of India, Japan, the US and Australia are planning to hold a meeting in Tokyo next month, Japanese media reported on Sunday.

Japan Times reported that it would be the first visit by any foreign official to visit Japan since March due to coronavirus restriction.

The visiting dignitaries are expected to meet newly appointed Prime Minister Yoshihide Suga, according to Japanese government sources.
The four-nation framework known as the "Quad" was launched under former Prime Minister Shinzo Abe in a bid to deal with China's growing influence in the India-Pacific region.

Under the framework, the first meeting of their foreign heads took place in New York in September 2019.

In the expected second meeting, the officials are likely to affirm their countries' cooperation to realize the "Free and Open Indo-Pacific" vision upheld by Japan and the United States.

They are also expected to discuss ways to deal with China's aggressive attitude in the medical field, including vaccine development.
"Especially in the coronavirus crisis, a meeting of the four countries' foreign ministers would have great significance," a Japanese government source said.

India- Pacific region is largely viewed as an area comprising the Indian Ocean and the western and central Pacific Ocean, including the South China Sea.

Beijing rising assertiveness against counter claimants in East and South Sea has resulted in unprecedented agreement across the Indian-Pacific.
According to the Nikkei Asian Review, several concerned nations are already deepening security ties with each other and the US to mitigate the threat.

In recent years, Japan has expressed increasing concerns regarding Beijing's activities in the region especially concerning the situation with the disputed Senkaku islands, known in China as the Diaoyudao islands and claimed by Beijing to be Chinese territory.