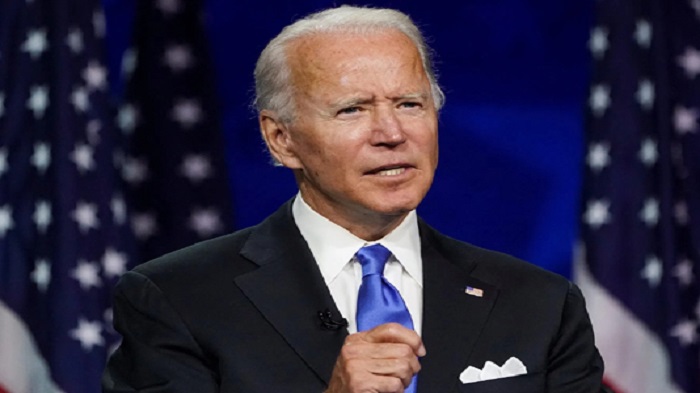 Democratic hopeful Joe Biden on Sunday urged lawmakers to wait until after November’s election to tackle a Supreme Court vacancy that President Donald Trump has pledged to fill quickly, as the nomination becomes a new flashpoint in the battle for the White House.

The prospect of an expedited Senate confirmation vote in the weeks before the election has sparked furious pushback from Democrats desperate to stop Trump moving the court lastingly to the right.

Two Republican senators have also registered their opposition to any rushed vote to replace Ruth Bader Ginsburg, the popular liberal justice who died Friday at 87.

Biden, speaking Sunday in Philadelphia, accused Trump of exercising “raw political power” by attempting to “ram” through his court choice amidst a bitterly fought election campaign.

“Even if President Trump wants to put forward a name now, the Senate should not act on it until after the American people select their next president and the next Congress,” said Biden, who himself spent 36 years in the upper chamber.

“If Donald Trump wins the election, then the Senate should move on his selection — and weigh that nominee fairly. But if I win the election, President Trump’s nomination should be withdrawn.”

The president said Saturday that he expected to announce his nominee in the coming week and that it “will be a woman — a very talented, very brilliant woman.”

Biden urged a handful of wavering Republican senators to “follow your conscience.”

The timing of a Senate vote — before the election or in the lame-duck session immediately afterward — remains unclear.

Lisa Murkowski of Alaska said no vote should take place before the election, and Susan Collins of Maine asserted that the choice should be left to whoever is elected in November.

With Republicans holding 53 of the 100 Senate seats, Democrats face an uphill battle in blocking a Trump nominee.

Either way, politicians in both parties are bracing for a seismic battle in a year that has already seen an impeachment vote, the Covid-19 pandemic and a bruising economic collapse.