Grants to the family of muezzin killed in N'ganj mosque blast 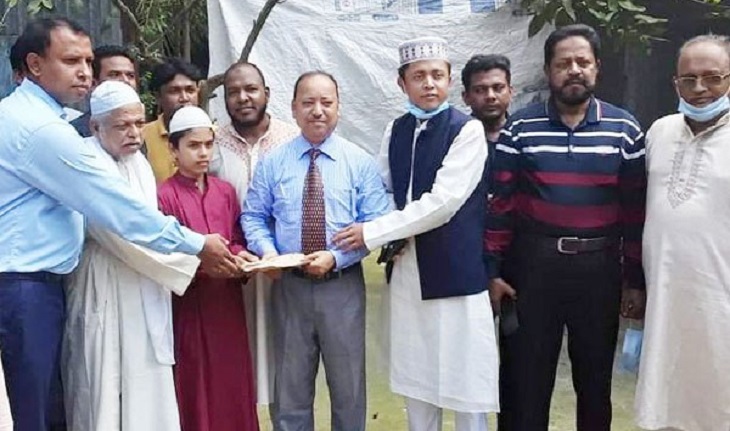 Prominent social worker and educationist Mosharraf Hossain Khan Chowdhury has given cash assistance to the family of Delwar Hossain of Nangalkot in Cumilla, the muezzin of the mosque killed in the AC blast at Baitus Salat Jame Mosque in Paschimatalla area of Fatullah in Narayanganj.

Mosharraf met with Delwar's wife and children at Badarpur village in Dhalua union of the upazila on Saturday afternoon. He offered condolences to the bereaved family and handed over an envelope of cash donation from his personal funds.

Later, Musharraf Hossain Khan Chowdhury along with locals visited the graves of Delwar Hossain and his son Junaid who were killed in the blast.

Note that Mosharraf Hossain Khan Chowdhury is an American expatriate. With his own money, he has spread the light of education by establishing 5 educational institutions including Brahmanpara Mosharraf Hossain Khan Chowdhury University College in Cumilla. In addition, he has been playing a leading role in social and humanitarian activities, including financial assistance, for the higher education of a large number of poor and meritorious students.