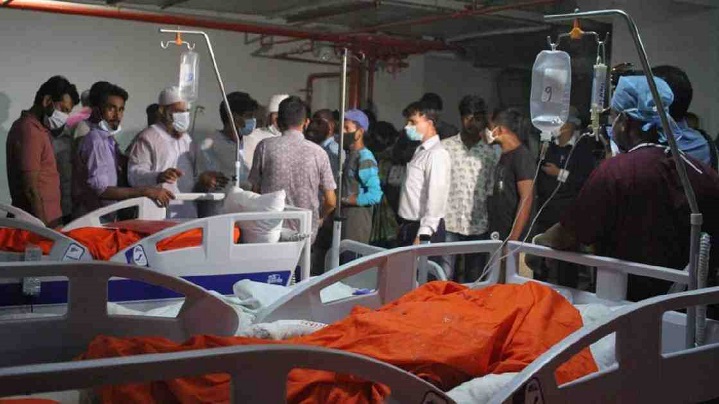 The Criminal Investigation Department (CID) on Sunday arrested an electrician for providing an illegal electric connection to Pashchim Talla Baitus Salat Mosque in Narayanganj where 33 people were killed in an AC blast.

The arrestee is Mobarak Hossain who worked at the mosque on regular basis.

CID found an illegal electricity line at the mosque which was connected by Mobarak.

He was shown arrested in a case filed in connection with the blast.

Mobarak also confessed to his crime.

A Narayanganj court placed them on a two-day remand.

Around 40 people were injured in the blast at Baitul Salam Jame Mosque in Fatullah after Isha prayer on September 4.

Of them, 37 were taken to Dhaka Medical College Hospital in critical condition and 33 of them have so far succumbed to their injuries.