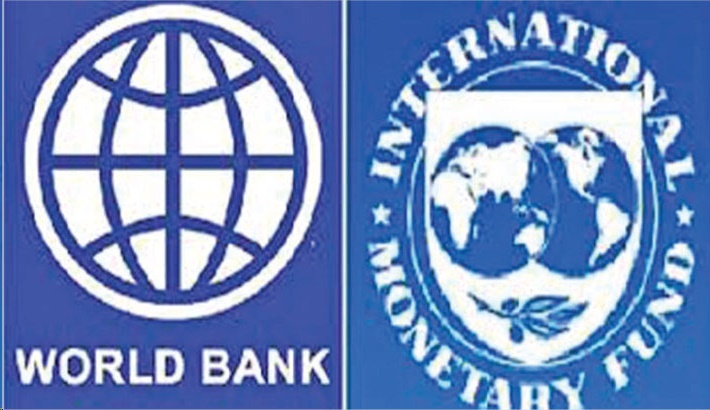 The government is contemplating seeking large support from the World Bank and International Monetary Fund in their upcoming annual meeting to address crises in the wake of Corona pandemic.

“We’ve to collect a large amount of money, especially from foreign resources, to combat Covid-19 crisis. The World Bank and IMF have already extended their support in this regard, but we need money for implementing budget as well,” Finance Ministry’s Additional Secretary Md Azizul Alam said.

“The two agencies are the long development partner of Bangladesh. So, we’ll seek more money from them in the upcoming annual meeting,” the official added, hoping to fetch large support from the World Bank Group on the ground that Bangladesh is one of the most affected countries by Covid-19.

In the current fiscal budget, Tk760 billion has been estimated to come from development partners, which is 20 percent higher than that in previous fiscal year.

The WB-IMF support is now considered to play a big part with regard to meeting the budget deficit in the current fiscal year. Money will also be required to fight against the deadly disease.

ERD officials said combating Covid-19 crisis is going to be the focal point of the annual meeting as almost all member countries of these two global agencies have faced the virus onslaught.

WB and IMF have announced separate support packages for helping member countries overcome the economic crisis created by the pandemic.

IMF has already announced a $50 billion support package while WB a $14 billion package.

Moreover, the WB is going to announce another $160 support package in next 15 months to safeguard the poor and support the affected businesses as well as economic recovery.

Other agencies under the World Bank Group—IDA, IBRD and IFC—are going to roll out separate assistance plan.

Discussions will be held and final assessment will be made on which countries will get how much money in the annual meeting.

WB has provided $100 million emergency Covid-19 support and another $200 million to Bangladesh for maintaining food security while IMF has extended $732 million budget support after the Corona onslaught.