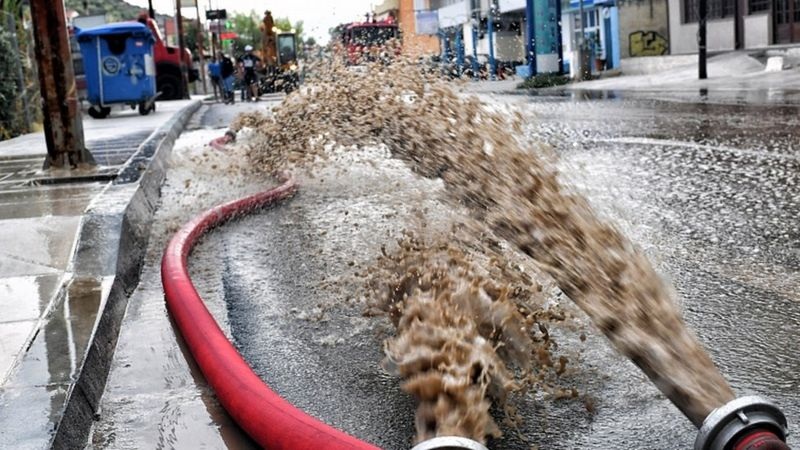 Two people have been confirmed dead and another is missing after a hurricane-like storm swept across Greece.

Hundreds of people were trapped in flooded buildings as Cyclone Ianos, known as a "medicane" (Mediterranean hurricane), battered areas north of Athens.

Train services linking the north and south of the country have been cut, BBC reported.

Footage on social media showed huge waves lashing the beaches on the Ionian islands of Kefalonia and Zakynthos on Friday as the storm headed in. Flights and ferry services were cancelled and tourists were advised to stay indoors.

A man was found dead on his farm in the Karditsa area while the body of a woman was recovered from her flooded home in a nearby town, local media reported.

Another woman was swept away in her car and has not yet been found, firefighters said.

A search is also taking place for a boat believed to be carrying 55 migrants off the western Peloponnese that was reported to be in distress on Friday. However, the Greek coast guard told AFP news agency that the boat may have changed course after receiving no help.

On Saturday, the cyclone was bearing down on the greater Athens region but there were no reports of damage so far.