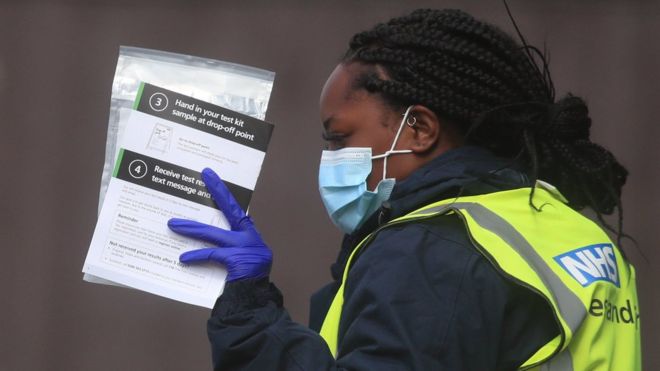 People in England who refuse an order to self-isolate could be fined up to £10,000, the government has said.

The new legal duty requires people to self-isolate if they test positive for coronavirus, or are traced as a close contact, from 28 September.

New measures also include a one-off £500 support payment for those on lower incomes, and a penalty for employers who punish those told to self-isolate.

It comes as the PM considers tightening restrictions after a surge in cases.

There were 350 new cases reported in Scotland, the highest daily increase since May, 212 new cases in Wales, and 222 in Northern Ireland.

Fines will initially start at £1,000 rising to £10,000 for repeat offenders, and for "the most egregious breaches". Up until now, advice to self-isolate has been guidance only, BBC reported.

Announcing the new rules for England, Prime Minister Boris Johnson said the best way to fight the virus was for everyone to follow the rules.

At-a-glance: What are the new rules?

2. This includes those who test positive and those identified as close contacts of confirmed cases

3. It also includes employers who force staff to ignore an order to self-isolate

4. NHS Test and Trace will make regular contact with those isolating to check compliance

5. The measures apply from 28 September and will be enforced by police and local authorities

6. Those in receipt of benefits or on low income and who cannot work from home may receive a £500 one-off payment if self-isolating