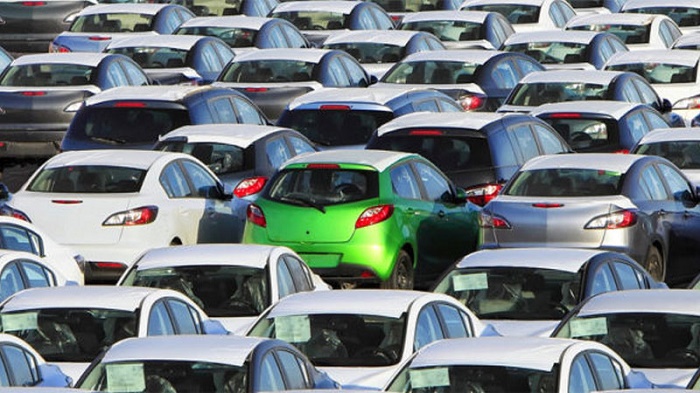 The BARVIDA president also made a power-point presentation highlighting a set of proposals for the government on the occasion.

Haque said the proposed automobile industry policy 2020 will help establish merely ‘a screw driving industry’ which will produce substandard cars and will also undermine the consumers’ rights to have better cars as they would be compelled to buy those cars from the local manufacturers.

“BARVIDA thinks if the proposed policy is adopted and finalised to produce cars in the country, then the option for exporting cars from the country should also be incorporated in the policy so that a healthy and competitive business environment can be practiced in the domestic car market,” Haque added.

The BARVIDA leaders welcomed the initiative of formulating the Automobile Industry Development Policy 2020.

BARVIDA is always in favour of establishing sector based new industries in the country. They will feel proud if Bangladesh has ‘National cars’ or ‘Made in Bangladesh’ brand cars, they mentioned.

However, BARVIDA also thinks, it is necessary to consider the current state of the industries concerned, experiences of other countries and the existing realities of the country, before allowing establishment of any kind of industry in the country.

So, considering the current and futuristic views of the car industry, the BARVIDA at the press conference proposed a set of proposals with regards to the proposed automobile development policy 2020.

According to BARBIDA, the proposed automobile industry development policy will merely produce a strong screw driving industry in the country in the name of producing homemade cars. The SKD (Semi Knocked Down) form has been abolished in the proposed policy. It is not a farsighted decision for the country to allow import of SKD and CKD forms by stopping import of CBU (Completely Built Up).

Varying cars, the car importers of Bangladesh pay the highest 826 percent and lowest 127 percent tariff and taxes on import of per unit. The tariff and taxes the BARVIDA car importers pay are the major sources of the government’s revenue earning. It is important to know the real size of potential collection of tax and tariff by establishing the proposed car industry in the country under proposed automobile industrial policy.

The BARVIDA welcomes any of the international standard car manufacturing company in Bangladesh. However, the potential company should not manufacture cars only focusing the domestic markets, but they will also have to be capable of exporting their produced cars to other countries.

BARVIDA also opined that the aim of the policy will, of course, focus to protect the interests of the citizens and consumers at the highest level by creating the opportunities of employments and investment and establishing a competitive car industry.

In this case, of course, the initiatives need to be taken to establish the technology driven industries to produce globally standard cars in the country.