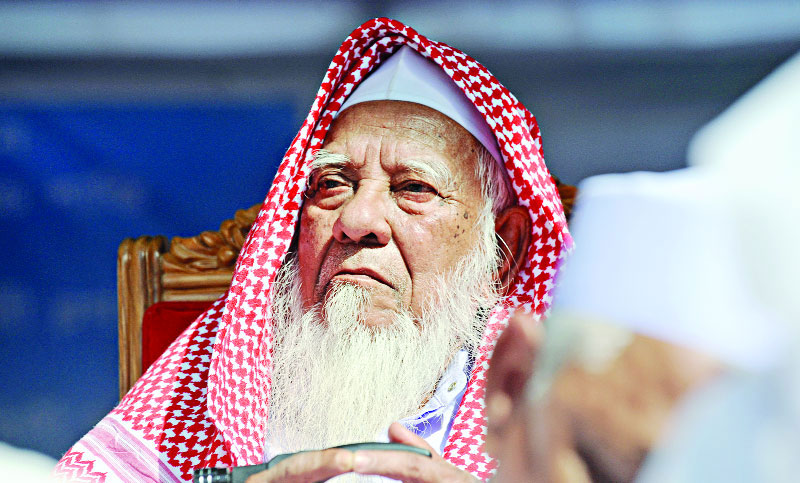 The religious scholar was buried around 3:00pm after his namaz-e-janaza held on the madrasah premises after Zohr prayers.

Thousands of people attended the janaza.