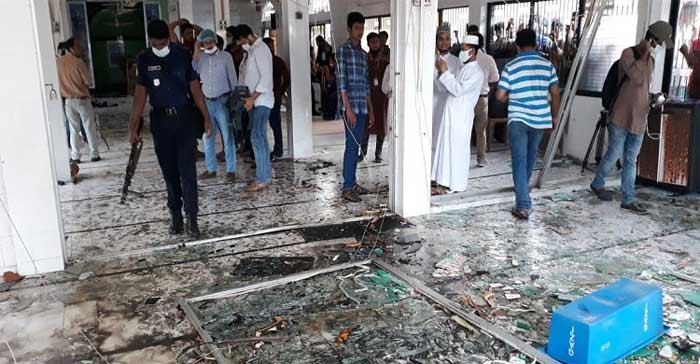 The death toll from mosque blast in a Narayanganj mosque has climbed to 33 after two more victims succumbed to their injuries in a Dhaka hospital.

Abdul Aziz, 40, and Farid, 55, succumbed to their burn injuries at the Sheikh Hasina National Institute of Burn and Plastic Surgery on Saturday, said Partho Shankar Paul, the institute’s resident physician.

Three others are battling for their lives in the hospital, he added.

More than 50 Muslim worshippers sustained burn injuries when blast took place at a mosque in Narayanganj’s Fatullah on September 4.

Only one survivor, Mamun Prodhan, returned home from the institute several days ago.