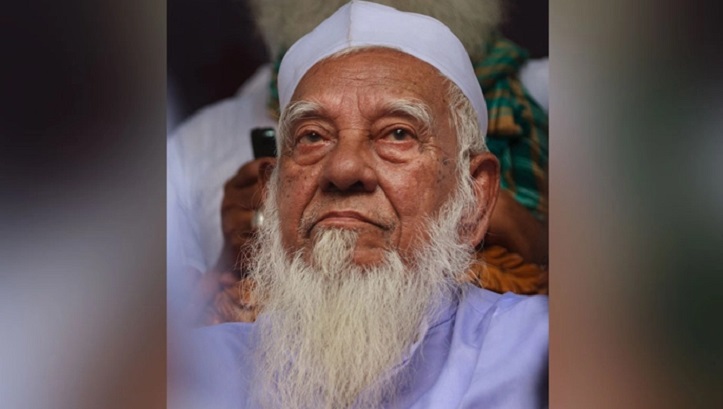 The namaj-e-janaza of Hefajat-e Islam ameer and noted alem Allama Shah Ahmad Shafi will be held at 2:00pm on Saturday at Darul Ulum Muinul Islam Madrassah in Hathazari of Chattogram.

Later, he will be laid to eternal rest at Maqbara-E-Habibiya graveyard of the madrasamadrasa.

Moulana Anas Madani, son of Allama Shafi, disclosed it to journalists at about 8:45pm on Friday.

Shah Ahmad Shafi was rector of Al-Jamiatul Ahlia Darul Unum Moinul Islam Hathazari, to give the institution its full name, and also the chairman of Bangladesh Qawmi Madrasah Education Board.

Meanwhile, hundreds of alems, ulemas and madrasa students rushed to Asgar Ali Hospital and Faridabad Madrasa hearing the news of death of Allama Shafi. They thronged there to have a last glimpse of Allama Shafi's face.