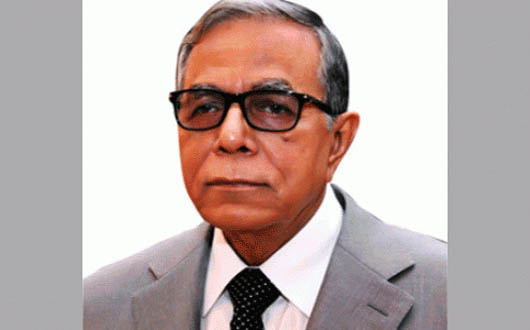 In a message of condolence, the President said Allama Shafi had played an important role in promoting Islam at home and abroad.

“At his death, the country lost a prominent Islamic scholar,” Abdul Hamid added.

Allama Shafi breathed his last around 6:30pm today while undergoing treatment at Asgar Ali Hospital in Dhaka. He was 102.

Shafi had been suffering from various diseases, including diabetes and high blood pressure.

The head of the state prayed for the eternal peace of the departed soul and conveyed sympathy to the bereaved family.