Afghan mothers' names to be included on children's ID cards 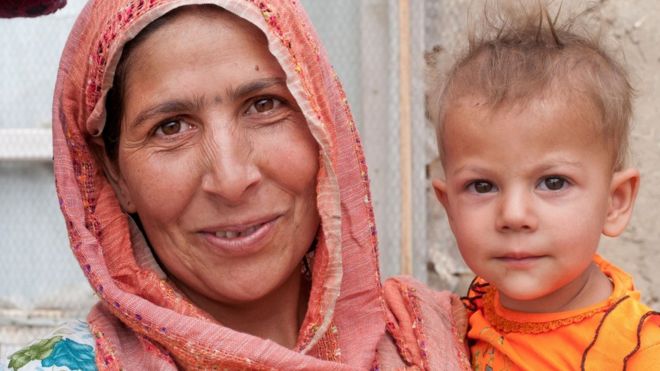 Afghan mothers will have their names printed on their children's national identity cards, after a campaign to challenge taboos around women's names.

Until now, Afghan law dictated that only the father's name should be recorded on ID cards.

Using a woman's name in public in Afghanistan is traditionally frowned upon and can be considered an insult.

Some women have suffered beatings for perceived indiscretions such as using their names to obtain prescriptions.

But a campaign launched three years ago under the hashtag #WhereIsMyName garnered high-profile support from celebrities and members of parliament.

It called for mothers' names to be included alongside fathers' names on national identity cards, and benefited from nearly two decades of progress on women's rights in Afghanistan since the toppling of the Taliban in 2001.

Afghan women campaign for the right to reveal their names

Laleh Osmany, founder of the #WhereIsMyName campaign, told the BBC Afghan service that she was "overjoyed" at the result.

"There is no doubt that this victory is the result of persistent campaign and consonance among the campaigners and citizens," she said.

"The government also stood by the citizens, and I express my gratitude to the president himself and his deputies for their support. I also thank everyone, men and women who supported our campaign and raised their voice, and congratulate all equal rights campaigners [on this victory."

The Afghan cabinet's legal affairs committee said "the decision to include the mother's name in the ID card is a big step towards gender equality and the realisation of women's rights".

Maryam Sama, a member of parliament from Kabul who spoke out in support of the #WhereIsMyName campaign, paid tribute in a Twitter post to the activists who had worked "tirelessly" for the change.

"Our struggles paid off," she wrote.

The decision came amid concern that progress could be set back in the coming weeks as the government attempts to reach a peace agreement with the Taliban.

Representatives from both sides are expected to meet this weekend to begin talks delayed for several months by a dispute over a prisoner exchange.