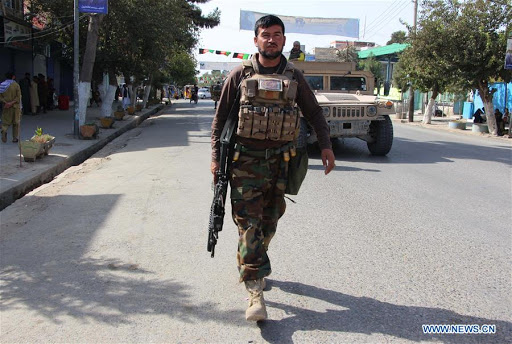 Taliban attack to overrun the restive Dara-e-Suf Payan district in Afghanistan’s northern Samangan province has been repulsed and the militants retreated after leaving 13 bodies behind, the provincial police headquarters said in a statement released here Friday.

The armed insurgents, according to the statement, launched multi-pronged offensive on security checkpoints in Dara-e-Suf Payan district early Friday morning, but police backed by army and fighting planes responded to the attack, killing 13 insurgents on the spot and wounding five others.

A number of arms and ammunition have been seized from the insurgents, the statement asserted.

Only one security member has been injured in the fighting, the statement said.

It also added that a cleanup operation is continuing to ensure lasting peace in the area.

Taliban militants, according to local officials, have intensified activities amid ongoing peace talks in Doha to secure more grounds and talk from a strong position on negotiating table.