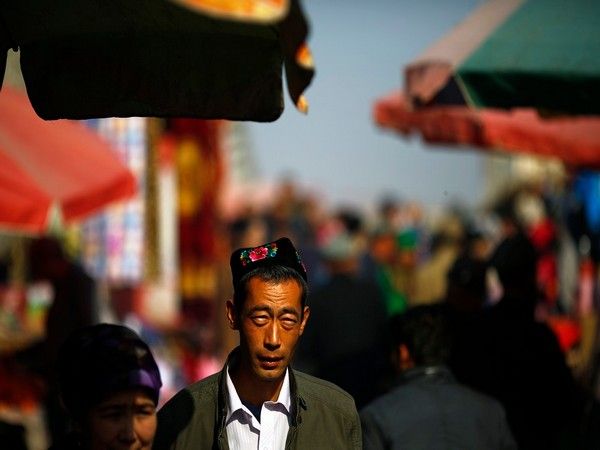 The ongoing atrocities on Uyghur Muslims in China's Xinjiang region has drawn criticism from even the young Israelis as they feel "this is almost like a genocide in making".

In a conversation with Radio Free Asia's Uyghur Service, Anne Destiny 1, a social activist going by her Twitter name, said that the Jews in Israel are increasingly becoming concerned by the Uyghur situation though they are wary of comparing atrocities on Uygur with those committed during the holocaust in Nazi Germany.

Anne Destiny 1 is one of the few Israelis who are actively campaigning against the persecution of Uyghurs in northwest China's Xinjiang Uyghur Autonomous Region (XUAR) on Twitter.

On whether the atrocities on Uyghurs be compared to the holocaust, she said, "The Jews are kind of divided about the use of the word Holocaust ... But then again, comparing the two, [Uyghurs and Jews] I think we definitely need to compare because this is almost like a genocide in the making."

Speaking about her campaign, she told Radio Free Asia that she is attempting to draw attention to rights abuses in the Xinjiang Uighur Autonomous Region (XUAR) as she believes that the Israeli people can help pressure China to end its crackdown in the region.

"In Israel, they are taking part in Friday protests outside the Chinese Embassy in Tel Aviv . And also, in the last couple of years there have been university lecturers speaking not only about Uyghur culture but also about what is happening to the Uyghurs and the persecution that they are currently facing inside XUAR," she was quoted as saying.

However, she was quick to add that the Jewish people "may not use the actual name Holocaust, because for them it is a kind of reference to what happened to their families in the 40s."