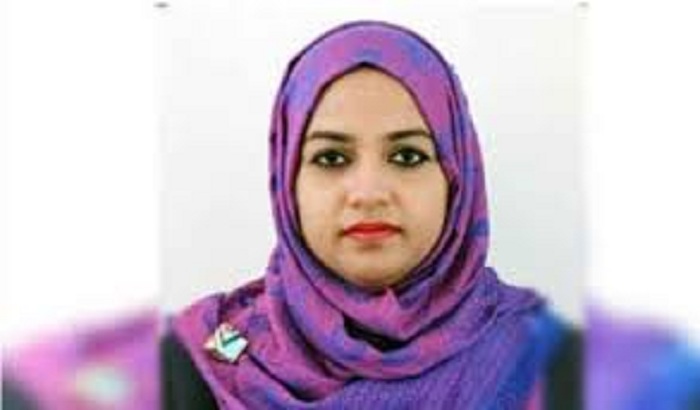 Physicians are satisfied with the physical progress of UNO Wahida Khanom who survived an attempt on her life by a local gang of miscreants at dead of night.

Wahida came under attack at her upazila complex residence at Ghoraghat in Dinajpur early hours of September 2. She was admitted to nearby Rangpur Medical College Hospital for an initial treatment.

Due to deterioration of condition, she was airlifted to Dhaka and shifted to National Institute of Neurosciences & Hospital shortly.

She is now able to move right hand and leg recovering from bitter numbness caused by the attack.

Prof Dr Badrul Haque, co-director of National Institute of Neurosciences, said “Wahida is out of danger. We are astonished at the rapid improvement of her condition. Now, she can raise right hand above the head. She can also move right leg. But she is not in a position to be shifted to cabin right now.”

The government has taken responsibility of treatment of Upazila Nirbahi Officer (UNO) Wahida and her father Omar Ali who also sustained critical injuries. He was shifted from Rangpur Medical College Hospital to National Institute of Neurosciences on September 12.

About Omar Ali, doctor said he is under close watch considering age, adding “He went through various tests in Rangpur. Yet we are reexamining him.”