Ahmad Shafi being airlifted to Dhaka 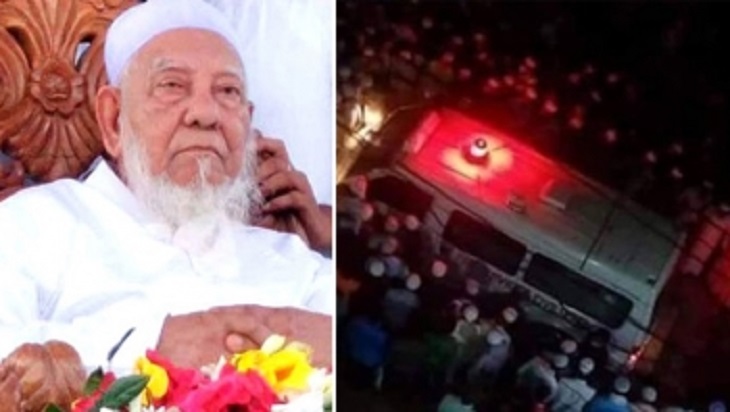 Amir of Hefazat-e-Islam Bangladesh Allama Ahmed Shafi is being airlifted to Dhaka for better treatment.

He was shifted to ICU of Chattogram Medical College Hospital (CMCH) after his condition deteriorated on Friday noon.

CMCH Director Brig Gen SM Humayun Kabir confirming the matter said, “The ailing cleric was admitted to the ICU at 1:30am on Friday”.

His family members decided to take him to Dhaka by air ambulance.

Earlier on Thursday night, Shafi was admitted to the hospital as he was feeling unwell.

Dr Aftabul Islam, deputy director of the hospital said that a medical board has been formed for his better treatment.

The 105-year-old Allama Shafi has been suffering from various diseases due to his old age, including diabetes and high blood pressure, he said.

Earlier, Shafi stepped down as director general of Al Jamiatul Ahlia Darul Uloom Moinul Islam, known as the Hathazari Baro Madrasa, in Chattogram in the wake of protests dragging on for two days.