People who ruled country for decades lying to farmers about Bills: Modi 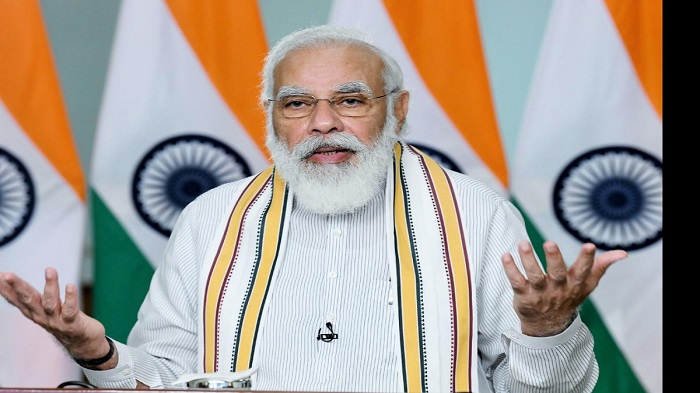 Farmers are being misled about three "historic Bills" that will rid them of hurdles in selling their produce, said Prime Minister Narendra Modi on Friday a day after a key ally of his government resigned over the controversial legilations.

"Misinformation is being spread that farmers won't get right prices. They are forgetting how aware the country's farmers are," Modi said, addressing a rally in Bihar after dedicating a railway bridge to the nation through.

“Farmers have been given new independence in agriculture. They will now have more options and opportunities to sell their produce. I congratulate them on the passage of Bills. It was necessary to bring these to protect them from middlemen. These are farmers’ shields.” The government is "committed to help farmers get right prices through Minimum Support Price," he said, responding to protests and Opposition criticism of the Bills that were passed in the Lok Sabha on Thursday.

“But the people who ruled this country for decades are attempting to mislead the farmers on this issue. They are lying to the farmers,” he added.

Akali Dal leader Harsimrat Kaur Badal quit as the food processing minister over the Bills, which her party says are anti-farmer.

The three legislations seek to allow farmers and traders to sell and buy outside designated mandis, facilitate agreements between farmers and buyers and exempt certain agriculture commodities from the purview of the Essential Commodities Act except in extraordinary circumstances such as abnormal increase or fall in prices.

Farmers in Punjab, Haryana and also parts of west Western Uttar Pradesh say that once these Bills are made into laws, the existing system of minimum support price and procurement will come to an end.