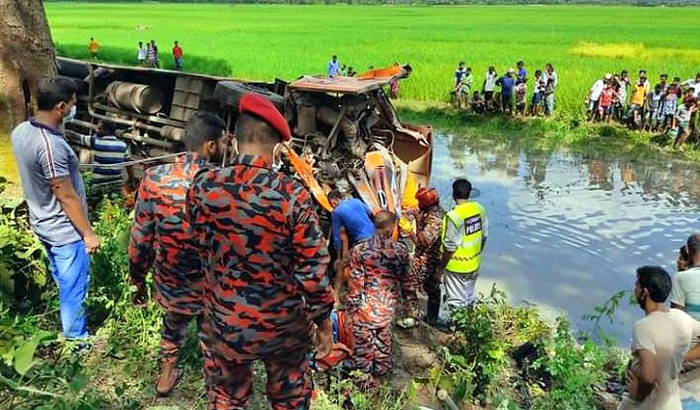 At least four people were killed and 20 others injured after two buses crashed into each other on the Dhaka-Khulna Highway in Mugi area of Magura Sadar upazila on Friday afternoon.

Police could not immediately confirm identities of the deceased.

After the accident, Chakladar Paribahan bus plunged into a roadside ditch as another bus of Highest Paribahan hit it from behind, he said.

Vehicular movement remained suspended for two hours after the accident, the OC said.

The injured were admitted to the Sadar Hospital, he said.

Police seized the three vehicles but their drivers are on the run, he added.