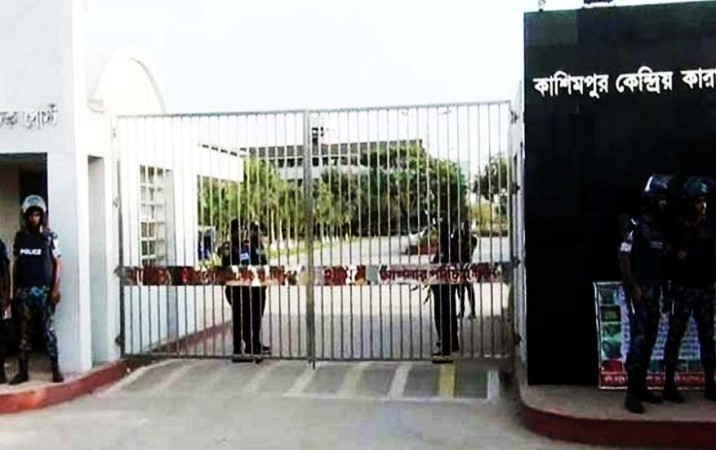 Four striking forces have been formed to ensure security of the Kashimpur Central Jail at the directive of the prison administration.

Jail Super of Kashimpur Central Jail-1 Ratna Roy said the striking forces have been formed in all four jails in Kashimpur following a high alert issued by the prison authorities. Jailer of the central jail will be the head of each striking force.

The other members of the force include a deputy jailer, a chief prison guard and five prison guards, she said.

Besides, the authorities concerned are monitoring the jail round the clock.

The boundary walls have been secured while alarm systems are kept ready at the jail.

On September 15, all prisons across the country were put on high alert after some unidentified miscreants issued threats to snatch militant prisoners.

The threats came over phone and in writing, said a letter signed by Inspector General (IG) of Prisons Brig Gen AKM Mustafa Kamal Pasha on Sunday.

He instructed forming a striking force to prevent any possible attack.

The striking force will monitor the movement of inmates, especially the militants and others accused of sensitive cases.

At the entrances of the jails, prisons guards were asked to wear bullet-proof vests and helmets and use metal detectors to check visitors.

The IG directed them to use armed sentries and ensure the security of weapons and arsenals and constant monitoring.