Jan Abhiyan Yojna: 6380 candidates get on spot income certificates in Kangan region of Jammu and Kashmir 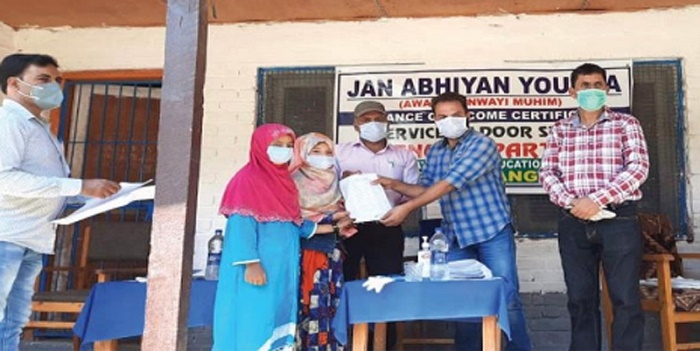 Srinagar: Department of education and revenue on Tuesday organized a mega camp for all the educational zones of the central Kashmir’s district Ganderbal region in which income certificates were issued to scores of eligible candidates and students under the government’s ongoing Jan Abhiyan Yojna.