BCB ready to tour SL in one week notice

BCB ready to tour Sri Lanka in one week notice 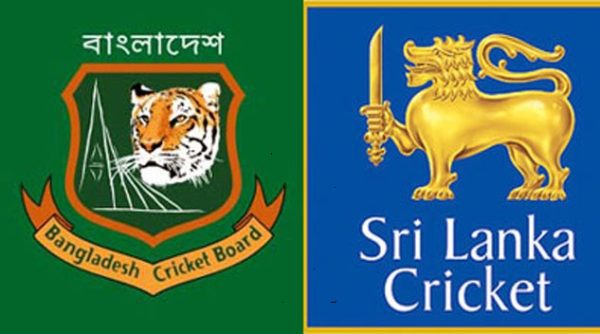 Bangladesh Cricket Board (BCB) officials said on Thursday that they are ready to travel to Sri Lanka in a one week notice if the hosts change their stance regarding the 14-day quarantine period for the three-match Test series, scheduled from October 23.

The proposed three-match Test series against the Lankans looked to be doubtful after both boards are not on the same boat regarding the quarantine period.

However, according to Sri Lankan sources, SLC is waiting for the reply of the health ministry as they have sent them a revised quarantine plan and waiting for their reply.

BCB officials insisted that if they get a positive reply that suggests seven days quarantine then they can make it and added seven days will be enough for them to travel to the island.

“We are still waiting for their email. We’re yet to receive but we hope we will get to know within the next few days. It’s not for us. The decision is for Sri Lanka Cricket. Actually, it’s not for SLC.

You all know they have a task force. This task force controls COVID-19 in Sri Lanka. SLC is waiting for their decision. We will get to know after they informed the SLC. Still we are yet to specifically tell them anything.

We just told them to reduce the number of days from the quarantine. Along with that, there will have a chance of practice facility for us after being arrived in Sri Lanka,” BCB media committee chairman Jalal Yunus told media on Thursday.

“We’re ready. We had taken preparation that is needed for the tour. If any positive answer comes, we could take our final preparation within a week. We don’t have any problems with that sense. One-two days may be changed.

If the delay is further, in that case, we have to think about something different for us. It’s difficult for us to say anything specifically from this point in time because the answer will come from them. It’s a decision on the national level. It’s even not for the decision of the SLC.

So, we have to wait for their decision. It’ll be worthless if we give them pressure to make a positive decision. They themselves inform us. We’re waiting for that. Maybe it might come within the next two-three days,” he said.
While the SLC has provided the COVID-19 task force with the blueprint of the protocol concerning the upcoming series, it was learnt that they had further rounds of discussion with their health authorities regarding the revised biosafety plan that is expected to meet major parts of BCB’s terms and conditions.

SLC is learnt to have now opted for a split, two-country quarantine for the Bangladesh team - a week at home and another week on arrival in the island country - in its latest attempt to convince Sri Lanka’s health ministry to allow the tour to go ahead next month.

The opening two Test matches will be played in Kandy while the last Test of the series is expected to be played in Colombo.

Bangladesh’s tour of Sri Lanka, which was scheduled for July-August, was postponed because of the COVID-19 pandemic. They’re now expected to travel to Sri Lanka on September 27, with the first of the three games beginning on October 23. BCB is planning a week-long residential camp ahead of the tour, starting September 21.