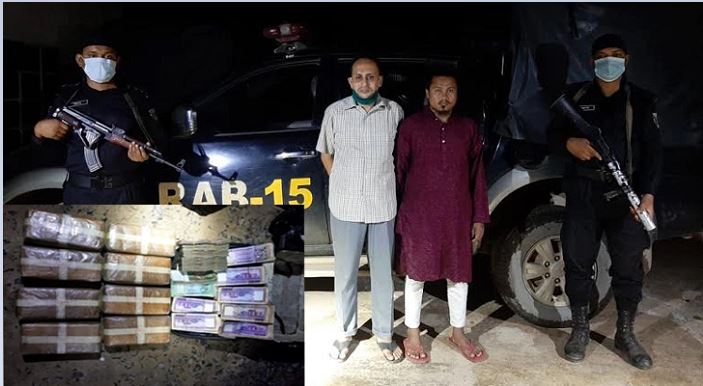 The arrestees are Nazmul Huda, 30, son of late Kolim Ullah from Ukhia Kutupalong 2 no Rohingya camp and Md Sharif, 42, son of Solim Ullah from Chainda Khandakarpara of Ramu.

Being informed that two people are going to Chattogram from Cox’s Bazar with Yaba pills on a motorcycle; RAB put a check post in front of Cox’s Bazar Govt College. At one stage of search, they tried to escape leaving their motorcycle but the law enforcers nabbed them, he said.

After searching their bag, RAB seized 80,000 pieces of Yaba pills and 27 Lakh Taka form their possession, he added.

In primary interrogation, the arrestees confessed that they have been collecting the drug from Teknaf for long time and selling them across the country, the RAB officer said.

Later, the arrestees were sent to Cox’s Bazar Sadar Model Police Station and legal actions were taken in this connection, he said.