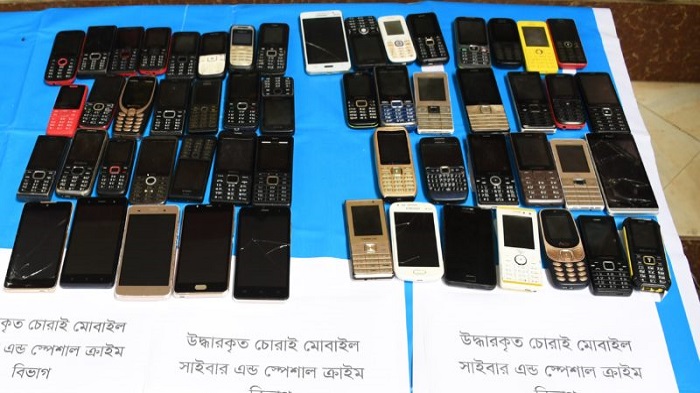 Cyber and special crime unit of DB arrested eight people for their alleged involvement in buying and selling of stolen phones from Nobabganj Park area in Lalbagh of the capital on Tuesday.

The DB police also seized 55 phone sets from their possession during the drive.

A case has been filed with Lalbagh Police Station in this connection.