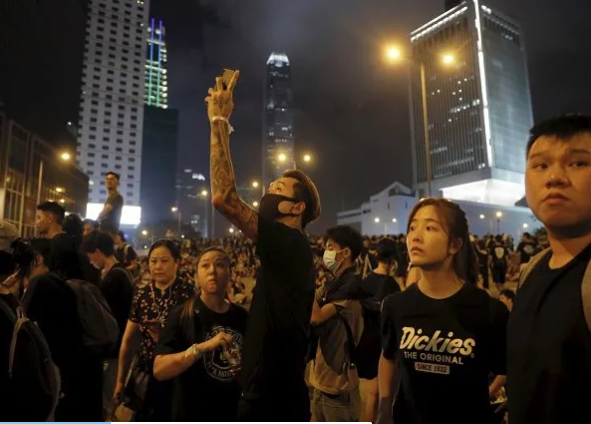 After the United States condemned the Hong Kong authorities for denying 12 arrested Hong Kong rights activists access to their lawyers, China has labelled the activists as "separatists".

According to a South China Morning Post report, the foreign ministry in Beijing has declared that the group of young fugitives, some of whom were linked to last year's anti-government protests, were "elements attempting to separate Hong Kong from China".

The statement confirmed that the group comprised 11 men and a woman, aged 16 to 33.

Even as the family members have said that the lawyers that they had hired have been denied access to their clients, Chinese foreign ministry spokeswoman Hua Chunying has said, in a tweet, that the 12 people arrested were "not democratic activists, but elements attempting to separate Hong Kong from China."

Responding to the claims made by the family members, US Secretary of State Michael Pompeo on September 11 had said, "The United States is deeply concerned that 12 Hong Kong democracy activists, arrested two weeks ago off the coast of Hong Kong by Guangdong Maritime Police, have been denied access to lawyers of their choice."

He further said that the local authorities in Hong Kong are yet to provide information regarding the welfare of the 12 activists or the charges against them.

"We question Chief Executive Carrie Lam's stated commitment to protecting the rights of Hong Kong residents, and call on authorities to ensure due process," the Secretary of State added.

According to earlier Hong Kong media reports, among the people arrested was pro-democracy activist Andy Li.

Li is among the other pro-democracy activists including Agnes Chow and Jimmy Lai who were arrested on August 10 under the draconian National Security Law.

Since the enactment of draconian law, several pro-democracy activists have been fleeing for a safe haven to other countries.

Beijing had imposed the National Security Law in Hong Kong in June targeting acts of secession, subversion, terrorism, and collusion with foreign forces, with punishments of up to life in prison for the most serious offenses.

The move came after months of social upheaval triggered by opposition to a now-withdrawn extradition bill but that morphed into wider demands, including universal suffrage.

The legislation, which came into effect on July 1, punishes what Beijing terms secession, subversion, terrorism and foreign interference with punishment ranging up to a life-term in prison.