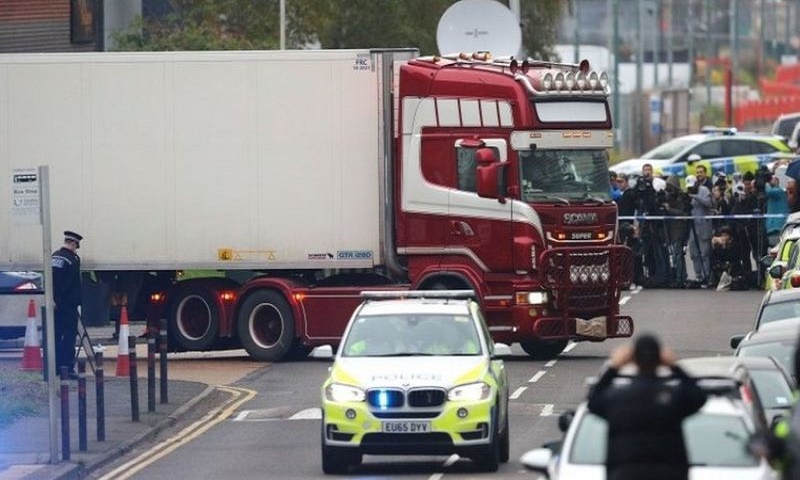 Four people have been jailed in Vietnam for their roles in the death of 39 migrants found in a lorry in Essex, according to state media reports.

The men, women and children were discovered in a refrigerated trailer in Grays on 23 October.

The four defendants were found guilty of "organising, brokering illegal emigration" after a one-day trial in Ha Tinh, VnExpress reported.

The state media outlet said one victim paid $22,000 for the illegal journey.

The four defendants, aged between 24 and 36, were given sentences ranging from two-and-a-half to seven-and-a-half years, BBC reported.

The bodies of the Vietnamese nationals were discovered at an industrial estate soon after the lorry arrived in the UK on a ferry from Zeebrugge in Belgium.

Ten teenagers, two of them 15-year-old boys, were among the dead.

An inquest heard their medical cause of death was asphyxia and hyperthermia.