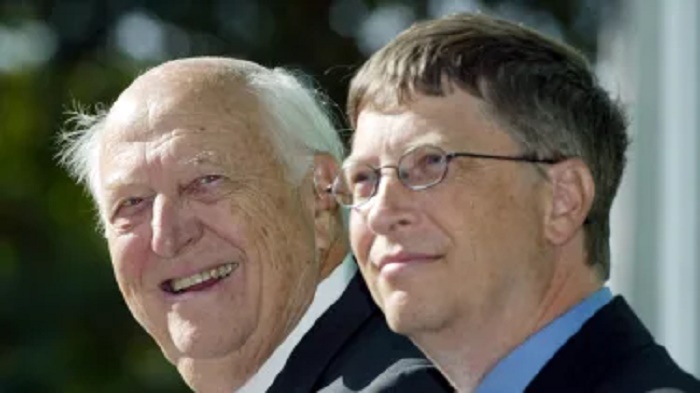 Bill Gates Sr, a lawyer and father of Microsoft co-founder Bill Gates, died on Monday at his beach home on Hood Canal, in the Seattle area. He was 94.

The cause was Alzheimer's disease, his family said in an announcement on Tuesday. William Henry Gates II was born Nov. 30, 1925, in Bremerton, Washington,

"My dad was the 'real' Bill Gates. He was everything I try to be and I will miss him every day," Bill Gates tweeted.

According to the New York Times, Gates Sr played a crucial role in establishing the world's largest philanthropy, the Bill and Melinda Gates Foundation.

"My dad's influence on our philanthropy was just as big. Throughout my childhood, he and my mom taught me by example what generosity looked like in how they used their time and resources," Bill Gates said in a statement.

In 1994, Gates Sr was 69 and planning to retire from his prestigious law practice in a few years when, one autumn evening, he and his son, Bill, and his daughter-in-law, Melinda, went to a movie. Standing in the ticket line, Bill told his father that he was being inundated with appeals for charity but that he was far too busy running Microsoft to answer them.